FINISH HIM: Mortal Kombat X is Coming to iOS in April [VIDEO]

Mobile Kombat X is coming out for the PS4 and Xbox One, but yesterday Warner Bros. announced it has ported the game to iOS, which will also debut in April of this year:

“NetherRealm Studios has created a Mortal Kombat X mobile experience that allows more players than ever before to play this over-the-top fighting game through their ever-present smartphones, tablets or other devices,” said Ed Boon, Creative Director, NetherRealm Studios. “What’s more, we’ve expanded the unique cross-connectivity feature that links the mobile and console versions of Mortal Kombat X, delivering unique rewards to all players for simply playing the mobile game.” 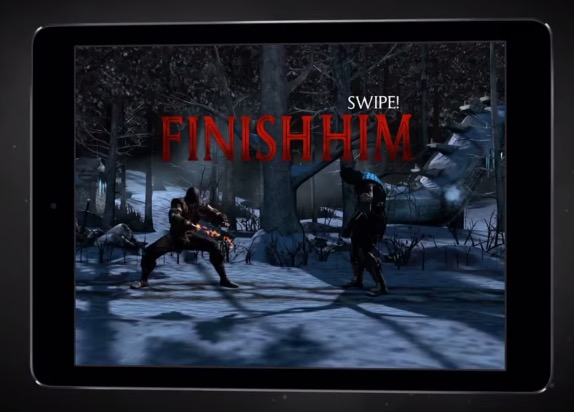 Check out the video trailer below—brings back some childhood memories, but with some modern day flair:

Mortal Kombat X will be available for iPhone, iPad, iPod touch and also debut on Android this April. Who’s excited for this?