Mozilla Says Firefox for iOS Not Happening Until Apple Opens Up

Speaking at a panel at South by Southwest Interactive (SXSW) moderated by CNET Senior Reporter Seth Rosenblatt, the vice president of Mozilla, Jay Sullivan, said Firefox will not make its way onto iOS devices until Apple changes its ways towards third party browsers:

Mozilla’s Firefox browser will have no place on Apple devices so long as Apple continues its unfriendly attitude toward third-party browsers, Jay Sullivan, vice president of product at Mozilla, said today.

The nonprofit Mozilla, which pulled Mozilla Firefox Home from Apple’s App Store in September 2012, is not currently building a version of its Firefox browser for iOS, nor does the company plan to…

The issue at stake is being able to use their own rendering and javascript engines on iOS, which Apple does not allow as part of its SDK. Existing third party browsers on iOS use Apple’s UIWebView component to render websites, whereas Safari uses its own faster Nitro rendering engine, which isn’t available to developers.

This is seen as an unfair advantage as Apple’s Safari will always be faster than third party iOS browsers. Sullivan told CNET these disadvantages means it feels it cannot build the Firefox browser it wants for iOS. The Verge points out Mozilla is facing similar issues with building a browser for the Microsoft Surface RT, as Win32 APIs restrict access for third party browsers as well. 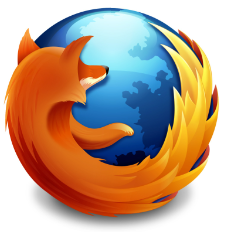 The Mozilla vice president also said Apple’s closed environment means users suffer; but when CNET panel moderator Rosenblatt asked the audience made up of primarily iOS users if they were ‘suffering’, only a few hands were raised.

The last app Mozilla had in the App Store was Firefox Home, a companion sync app for desktop users that debuted in the summer of 2010. Mozilla ended support for the app and pulled it last September from the App Store. The company last month announced it has plans to launch smartphones running its own Firefox OS.

Do you want to see Firefox for iOS? What browser are you primarily using now?