With a worldwide market of 1.1 billion people with disabilities, the next major step from Apple would be to create and enforce accessibility standards, according to the National Federation of the Blind, Reuters reports. 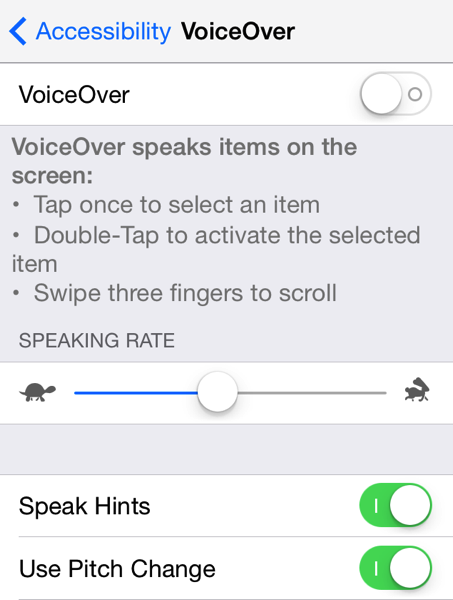 In fact, Apple – alongside Google, Twitter, and other tech companies – has taken steps to accommodate users with impairments in recent years, but the most visible ones were made after the company faced a lawsuit over the accessibility of iTunes back in 2008. Apple settled the lawsuit with the National Federation of the Blind by paying $250,000 and added accessibility improvements to iTunes. Since then, it has added more such features to its product, but there is a major issue: there are 1.2 million apps in the App Store, but not all are optimized for users with impairments.

Problems on apps begin with unlabeled buttons, which can’t be read by the machine. New features and graphics can be particularly challenging, and many companies upgrade an app, before bringing their accessibility features up to date in a follow-up release. The result is unexpected, dramatic changes in usability.

This is exactly what the National Federation of the Blind wants to get fixed, but they have yet to decide whether they should use a stick or a carrot to get this done. Apple currently has developer guidelines on how to make features accessible, such as labeling buttons, so that they can be read by Apple’s VoiceOver software, but they don’t demand accessibility, and neither does Google.

“It’s time for Apple to step up or we will take the next step,” said Michael Hingson, board member for the National Association of the Blind’s California chapter, describing litigation as “the only resort” if Apple did not bring accessibility requirements to the app store.

The Reuters article points to positive examples of how things can be changed, such as Uber and Twitter apps, and to apps that members of the National Association of the Blind struggle with, such as Bank of America, TuneIn, Mint, Netflix, etc.