Nest, Gmail and More are Down in Canada, USA as Outage Surpasses 3 Hours [u] 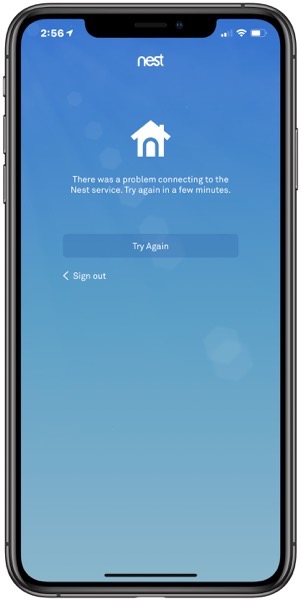 Google’s Nest is experiencing an outage, which has now eclipsed three hours, according to @downdetector, which tweeted the downtime starting at 11:54am PDT/2:54pm EDT.

The Nest app says “there was a problem connecting to the Nest service. Try again in a few minutes.”

Over at Nest.com, the website doesn’t even load, aside from the following error message:

Error: Server Error
The server encountered a temporary error and could not complete your request.
Please try again in 30 seconds.

From the outside, it appears Nest is encountering some sort of major server issue. It may be too early to speculate if this is some sort of hack, but it doesn’t look very good when the Nest website fails to load.

Are Nest’s apps working for you right now? We’re not seeing anything working over here. The outage also looks to be affecting Google’s Gmail, Google Drive and Google Cloud.

Update: According to The Verge, Google says they have identified the reasons for these outages, with services to be restored shortly:

“We are experiencing high levels of network congestion in the eastern USA, affecting multiple services in Google Cloud, GSuite and YouTube,” said a Google spokesperson, adding, “Users may see slow performance or intermittent errors. We believe we have identified the root cause of the congestion and expect to return to normal service shortly.”