One of the most anticipated smart doorbells, the Nest Hello, is launching in Canada on March 16th, as noted on BestBuy.ca. 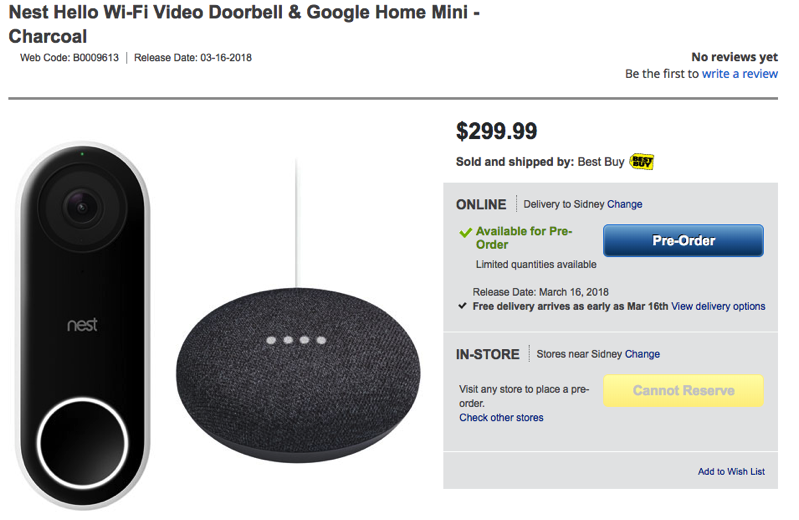 The Nest Hello is currently available for pre-order at the price of $299.99 CAD from Nest and BestBuy.ca, which comes with a Google Home Mini (worth $79 CAD alone). The Nest website doesn’t list the launch date, other than noting “March 2018”, but reseller partners have now confirmed the launch date. The included Google Home Mini can announce who’s at the door.

It starts at home. The conversations we have there shape who we are when we go out into the world. In case you missed it during the #Oscars? check out “Prom Night.” pic.twitter.com/pD2sI4oRJr

Last month, it was reported Nest is being folded back into Google, joining the latter’s hardware teams.