A new feature called ‘Collections’ is currently being tested by Netflix on iOS devices, that helps users find TV shows and movies they might want to watch. According to TechCrunch, Netflix’s creative teams will be curating the titles and organizing them into collections based on factors like genre, tone, storyline, and character traits. 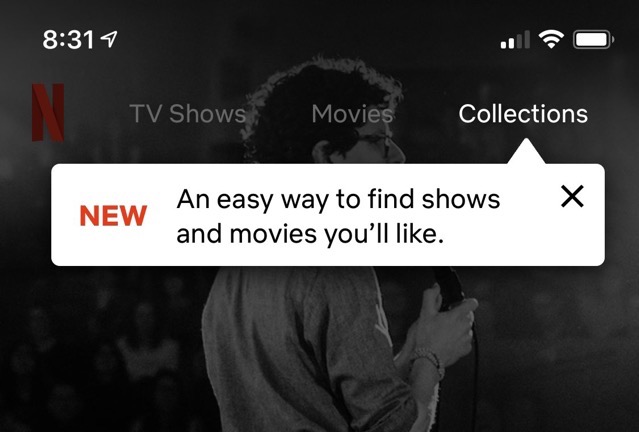 Although Netflix already offers suggestions of things to watch based on a user’s viewing history, the streaming video giant says this human-led curation allows it to make more specific and targeted recommendations.

At the moment, the new Collections feature is only available to those who have been opted into the test and can be found at the top right of the app’s homepage. The suggestions are organized into editorial groups, with titles like “Let’s Keep It Light,” “Dark & Devious TV Shows,” “Prizewinning Movie Picks,” “Watch, Gasp, Repeat,” and more. 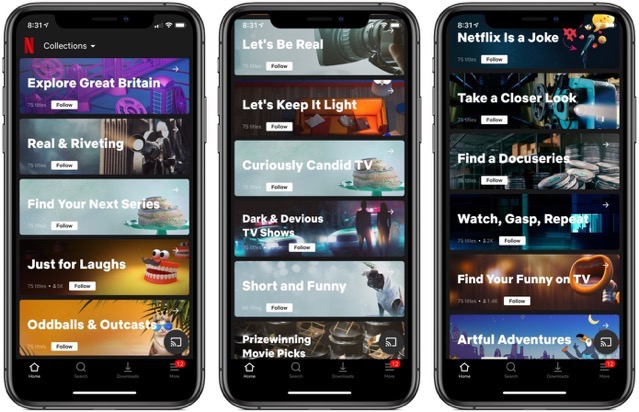 Tapping a collection expands it to show the thumbnails of the suggested titles below a header that explains what the collection is about.

“We’re always looking for new ways to connect our fans with titles we think they’ll love, so we’re testing out a new way to curate Netflix titles into collections on the Netflix iOS app,” a Netflix spokesperson confirmed to TechCrunch. “Our tests generally vary in how long they run for and in which countries they run in, and they may or may not become permanent features on our service.”

Netflix Collections is currently only available for select users on iOS.

Apple is reportedly scrapping its initial plans to increase iPhone production this year due to lower-than-expected demand. Following the launch of its new flagship, the iPhone 14 series, Apple is now reconsidering the scaling of its production. As reported by Bloomberg, Apple has reached out to its supply chain partners. Initially, the Cupertino company is...
Steve Vegvari
16 mins ago