Need more apps for your shiny Apple TV? Finding notable apps on your new Apple TV in Canada is now easier as a new ‘Top Charts’ section is now available. This section made its way into the U.S. over four days ago, but as of yesterday it showed up here. 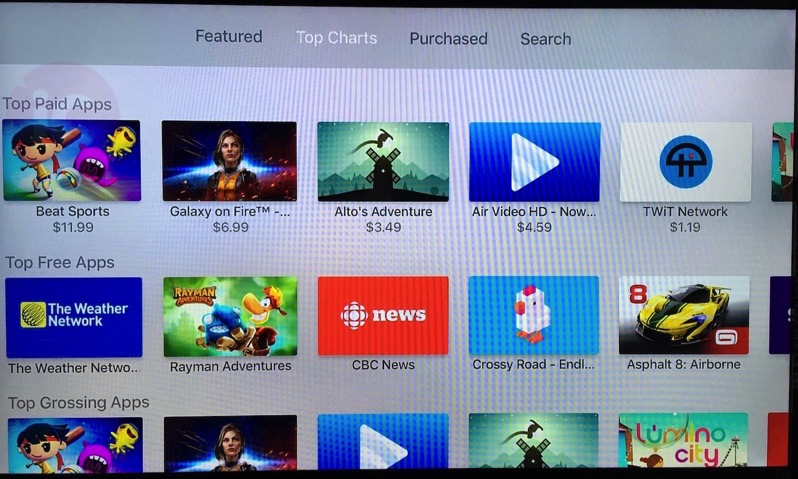 We’re pretty excited to see Air Video HD for Apple TV, by far one of our favourite apps for streaming any video from a Mac, with conversion on the fly. Of course, there’s also Plex for Apple TV too, for those with media servers setup.

Next up, we should expect to see a ‘Categories’ tab, like what appeared for U.S. users a couple days ago.

We received our Apple TV yesterday and managed to set it up, plus try it out briefly. We’ll share our quick first impressions soon.