Fred Sainz, an Apple spokesman, told the New York Times, “We have been informed that the app is in violation of local regulations,” adding “As a result, the app must be taken down off the China App Store. When this situation changes, the App Store will once again offer the New York Times app for download in China.” 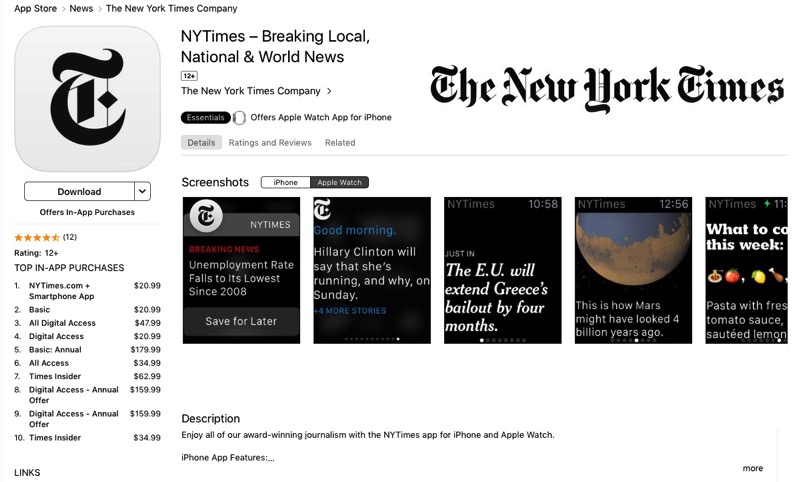 Sainz did not comment on what local regulations the apps had apparently violated, and also declined to say who contacted Apple, or whether the company was complying with a court order or legal matter.

China’s Internet regulator, the Cyberspace Administration of China, did not respond to faxed inquiries (fax?!) and the New York Times office in Beijing said the government had not contacted them prior to apps being removed.

Times spokeswoman Eileen Murphy, asked Apple to reconsider its decision, saying “The request by the Chinese authorities to remove our apps is part of their wider attempt to prevent readers in China from accessing independent news coverage by The New York Times of that country, coverage which is no different from the journalism we do about every other country in the world.”

The Times says the move to pull the apps could be under new laws put into effect last summer, called Provisions on the Administration of Mobile Internet Application Information Services, which state apps cannot “engage in activities prohibited by laws and regulations such as endangering national security, disrupting social order and violating the legitimate rights and interests of others,” or publish “prohibited” information.

China blocked the New York Times websites in 2012 and also prevented apps from downloading news content, but in 2015, the Times circumvented this firewall with a new Chinese-language app. The removal of the Times’ apps may have coincided with the publication’s recent story, which documented how Apple’s “iPhone City” operated in Zhengzhou, detailing local government operations.

Existing users of the NYT iOS apps can still use them in China, but new downloads will not be possible, if users have credit cards tied to their iTunes accounts with addresses in Mainland China. The apps will remain in App Stores for Hong Kong and Taiwan.

China is one of Apple’s biggest markets and unfortunately capitulating to the communist government’s requests is part of doing business in the country, unless you want to get shut out.