Accessory maker Nomad has just introduced its premium new MagSafe charger Base One, which promises to offer the most effortless charging experience yet.

Base One delivers official MFi MagSafe charging at up to 15W with a weighted metal body and an elevated glass panel designed to complement any space.

The new MagSafe charger offers iPhone charging speeds comparable to that of a cable. That means less time charging and more time doing what you love with your devices. 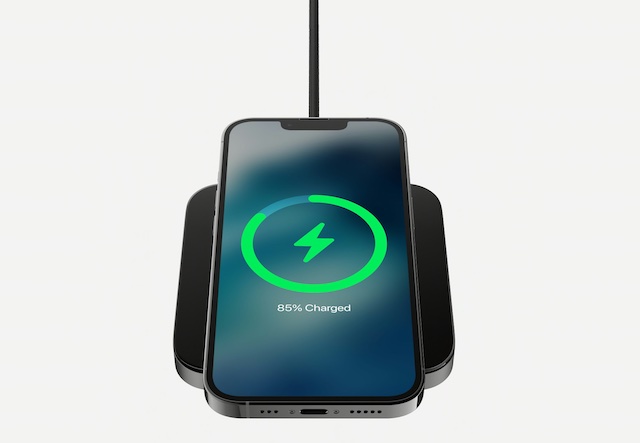 Weighing in over 1 pound (515g), Base One stays anchored to its surface when you’re ready to grab your device and go. An elevated MagSafe charging puck allows you to wrap your fingers around your device for easy pickup.

Offered in Carbide and Silver color options, the Nomad Base One is now available to order for US $129.95.