North Vancouver RCMP took their distracted driving fight to new heights, utilizing a cherry picker van to spot drivers using their cellphones while in the car, at Capilano and Marine Drive, yesterday. 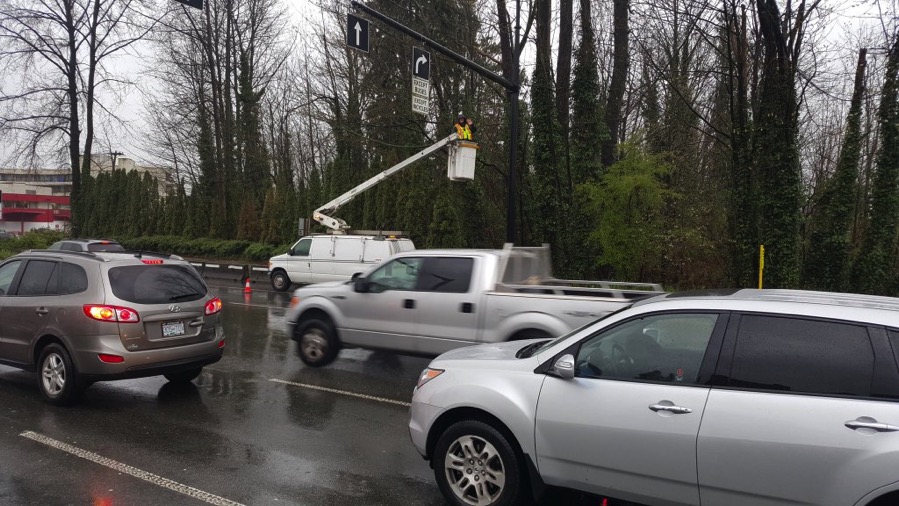 The RCMP also noted one driver waved at the elevated undercover officer while on his phone—therefore incriminating himself as he was caught using his cellphone while operating a vehicle.

While driving – don’t wave to the police with your phone! https://t.co/GsG5pRIRc1 #NorthVancouver 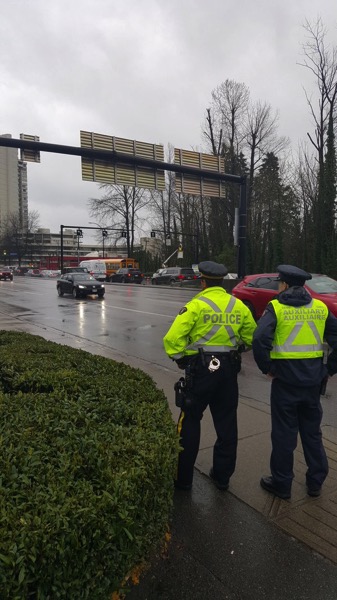 Sgt. Bryce Petersen, Unit Commander of the North Vancouver RCMP Traffic Unit, actually warned the public yesterday of the blitz location, in a press release, saying “We are giving out this public warning in the hopes our officers will not catch any violators that day – that may be wishful thinking!”

Along with West Vancouver Police, ICBC, and volunteers, the afternoon resulted in 43 tickets for driving while using an electronic device, to go with 29 violation tickets for other Motor Vehicle Offences. Police note one in four B.C. road deaths involves distracted driving, while those using a phone are five times more likely to crash.

Cpl. Richard De Jong of the North Vancouver RCMP, said in a statement “‘Driving while distracted’ fatality statistics speak for themselves,” adding “But statistics are just numbers and cannot even begin to compare to the grief and loss experienced by family members in losing a loved one. Leave your phone alone, your life may depend on it!”

Driving while using a cellphone or other portable electronic devices in B.C. comes with a $167 fine and three demerit points.

Meanwhile in Ottawa Police, along with Gatineau Police, OPP, RCMP and military police, performed a combined a similar one day city-wide crackdown on distracted driving Tuesday morning, which resulted in 79 tickets issued.