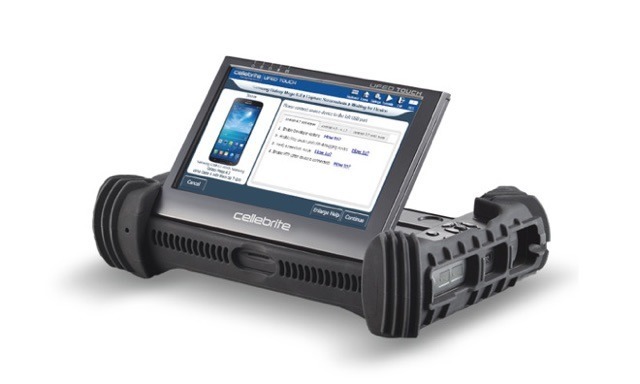 According to a new report from OneZero, the New York District Attorney’s office in Manhattan has been using Cellebrite technology to unlock iPhones since January 2018, some eighteen months before the technology was revealed by the company.

Cellebrite’s controversial Universal Forensic Extraction Device (UFED) Premium can purportedly unlock any iPhone from iOS 7 to 12.3, bypassing or determining locks and performing file extraction. It promises to be the only “on-premise solution” for breaking into locked handsets and extracting almost every byte of data available. The tool can pull messages, emails, third-party app data, and even deleted content.

“A contract obtained by OneZero shows that the Manhattan District Attorney’s office — one of the largest and most influential prosecution offices in the country — has had UFED Premium in-house since January 2018,” explains OneZero. “According to the contract, the DA’s office agreed to pay Cellebrite about $200,000 over three years for UFED Premium.”

“The $200,000 fee covered software licensing and installation, training for select office personnel on the platform, and an agreed-upon number of phone cracks,” the report continues. “The contract also references about $1 million in undisclosed add-ons, but it’s not clear if the DA’s office agreed to purchase any of these additional products or services.”
So as of now, if you have sorted your music in your iTunes playlists over the past many years, upgrading to Catalina will likely destroy that all.
There are also some strict rules that must be adhered to, however. Only an agreed-upon number of devices can be cracked, and the process must happen in a designated “secure room” that must not contain any recording devices.

It’s not currently clear how many devices the Manhattan DA has gained access to — or how many convictions UFED Premium may have led to. The DA hasn’t even disclosed the use of Cellebrite’s tool, and it did not respond to requests for comment from OneZero.

Cellebrite has been walking all over Apple’s security systems for years. It was reported in 2016 that the company helped the FBI obtain access to an iPhone used by a San Bernardino shooter. Apple refused to provide a backdoor of its own.