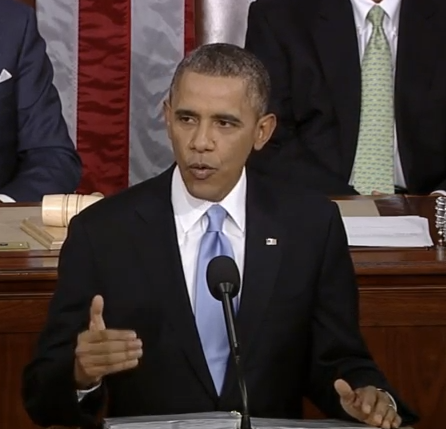 President Barack Obama, during the 2014 State of the Union speech, mentions Apple one of the companies helping to connect schools with high speed broadband in America:

Last year, I also pledged to connect 99 percent of our students to high-speed broadband over the next four years. Tonight, I can announce that with the support of the FCC and companies like Apple, Microsoft, Sprint, and Verizon, we’ve got a down payment to start connecting more than 15,000 schools and twenty million students over the next two years, without adding a dime to the deficit.

Last year, the President also mentioned Apple in his State of the Union, noting how Mac production will return to the USA, specifically with the new Mac Pro, as CEO Tim Cook sat in attendance behind Michelle Obama.