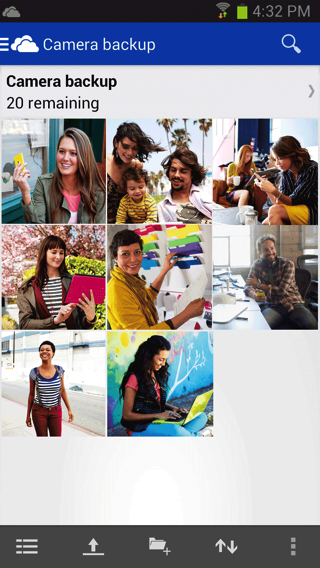 A couple of days back, Microsoft announced that it will increase the free cloud storage quota to 15 GB up from 7GB, while all OneDrive subscribers will receive 1TB of cloud storage with their subscription, starting from July. Today, they have announced a number of significant updates that are coming to the OneDrive apps for iOS and Android.

“On Monday, we announced upcoming changes to our storage offerings, which will give our users more space for their files – especially photos, the most popular type of file on OneDrive. Today we’re publishing updates to our Android and iOS apps that will help you do more from your phone and make it easier to get your photos (and videos) into OneDrive”.

According to the official blog post, the updated OneDrive iOS app will support camera backup to occur in the background, making it easier to work on your documents by opening them directly in Office Mobile on your iPhone or Office for iPad. Meanwhile, Android users will find that the next update introduces automatic video uploading as well as a new, dedicated search button.

Microsoft says the updates will be rolling out in the coming days in App Store and Google Play. Stay tuned!