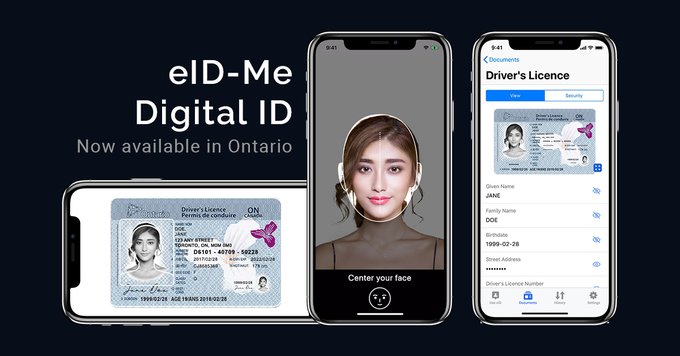 Back in the fall of 2017, Ottawa-based Bluink won a $1.2 million contract from the Ontario government to develop an app to store government-issued ID cards on a user’s smartphone.

Fast forward to 2020, and Bluink has launched eID-Me for iOS and Android, allowing residents in Ontario to store their driver’s licenses, passports and photos IDs securely on their smartphones.

“Our goal is to improve access to services that require verified identity, including government, financial, health care, legal, and more,” says Steve Borza, CEO of Bluink, in a statement. “Once integrations are in place, eID-Me could prevent identity fraud in financial services, which became more likely due to millions of leaked social insurance numbers and other information from the Desjardins and Capital One data breaches last year.”

What about security? Your government documents are stored locally on your device:

The app utilizes Touch ID and Face ID to secure the app on your iPhone. The company says “Bluink and the government never have access to your eID-Me identity.” With no centralized store of user identities, the company says its model has low risk when it comes to data breaches.

To register for eID-Me in Ontario, you’ll need a valid Canadian passport and Ontario Driver’s License or Photo Card to get started. You also need to be at the address listed on your Ontario ID.

Bluink launched a beta test of the app last November and says it will soon add support for U.S. passports.