Opera has just released its gaming-focused ‘Opera GX’ browser for macOS, which is now available to download for early access users. Tailored for a better gaming experience, Opera GX is designed to allow games to run with as much graphics power as possible. 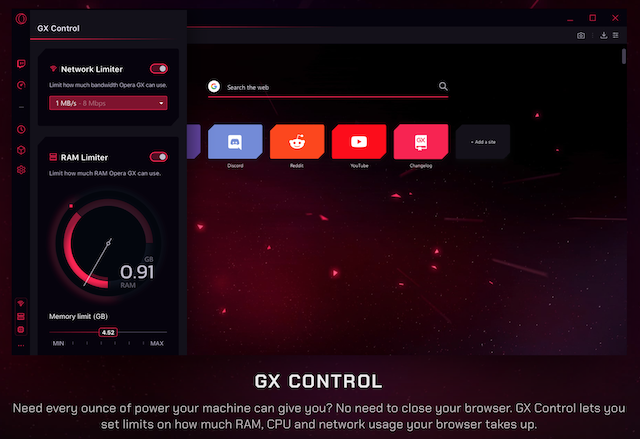 Opera says its GX browser solves resource problems via limiters on CPU, RAM, and network bandwidth. “What this means in practice is that everyone’s machines are left with more resources for running games,” notes the company.

The GX control panel lets you set how much CPU power or RAM your browser can use so that you can keep it from stealing resources. This also allows you to leave it running during gaming sessions.

Users can also customize Opera GX with a huge color palette, sound effects, and wallpapers. The browser also comes with a built-in ad-blocker, browser VPN, and a “GX Corner” that hosts gaming news and deals feeds.

Check out this quick demo of Opera’s GX gaming browser.