None of the over 1,000 different models of fitness trackers currently sold online support wheelchair users, even though there are more than 2.2 million people who depend upon wheelchairs to get around every day in the U.S. alone.

For the first time ever, Apple announced at its annual WWDC event earlier this month that starting in September, the Apple Watch will support wheelchair users, allowing them to track their fitness goals the same as anyone else. 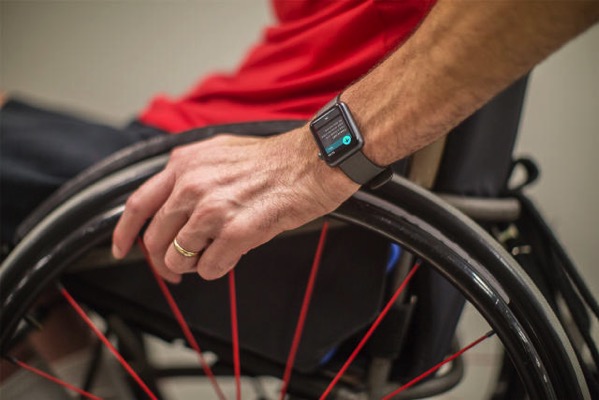 The new feature, which is certainly a huge deal for the millions of wheelchair users around the world, was however an extremely technical challenge to pull off, requiring Apple to mount the most comprehensive study ever on fitness among wheelchair users.

In an interview with Apple’s Ron Huang, director of software engineering for location and motion technologies, the folks over at Fast Company got an inside look at how the Cupertino tech giant made the Watch’s wheelchair tracking features possible.

“To make the Apple Watch’s fitness tracking functionality useful to wheelchair users, then, Apple needed to totally reexamine its algorithms. Apple found the existing studies so lacking that it ended up conducting the most comprehensive survey of wheelchair fitness to date. They teamed up with the Lakeshore Foundation and the Challenged Athletes Foundation, two organizations dedicated to promoting fitness among people with disabilities.

In the end, Apple collected more than 3,500 hours of data from more than 700 wheelchair users across all walks of life, from regular athletes to the chronically sedentary, in their natural environments: whether track or trail, carpet or asphalt. From this data, they learned how to adjust watchOS 3’s algorithms to track wheelchair users”.

To get more details about how Apple made the Watch work for wheelchair users, hit up the source link.

Inspired by the cultural continuum of Love Languages, Peloton has today announced the launch of Motivation Languages to help people motivate friends and family to get through the busy holiday season. Peloton recently commissioned a five-market research study that found that nearly 81% of people prioritize their loved ones, with nearly half wishing they prioritized...
Usman Qureshi
7 mins ago