According to a research by cybersecurity firm Synack’s Patrick Wardle, hackers can easily take advantage of the light indicator in most modern Macs to mask the malware that targets webcams and microphones to secretly record what a person says and does. In order to block such rogue webcam connections, Wardle has introduced a new Mac app Oversight, that alerts the users of such activity allowing them to block it (via ZDNet). 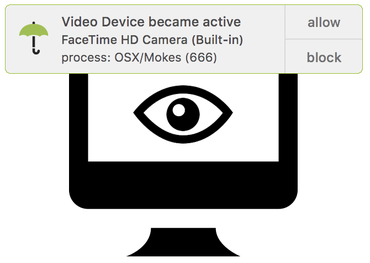 Wardle explains that such malware works by quietly monitoring the system for user-initiated video sessions, such as FaceTime or Skype video calls, then piggybacks the webcam or microphone to covertly record the session. Since the Mac’s webcam light is already on, there’s no visible indications of this malicious activity, which lets the malware record both the audio and video without risk of detection.

Wardle says that his tool not only blocks such connections, but also logs the process, allowing system administrators to take a closer look.

The good news is that Wardle said he’s not aware of any Mac malware that exists to do this, but he noted it isn’t difficult to implement. “It’s just a few lines [of code], and it doesn’t require any special privileges,” he said. “Currently, Mac malware such as Eleanor could easily implement this capability with this code.”

You can download Oversight app for Mac at this link for free.