Last month with the launch of iOS 6 beta, Apple introduced an all new Passbook digital wallet app at the WWDC 2012 event and today, a new Apple patent which relates to NFC-enabled transportation ticketing, further increases speculations of NFC capabilities coming to future iOS devices (via MacRumors). The patent reveals a new the disclosed “iTravel” application which would apparently handle a “broad array of functions to assist with travel logistics”, as noted by the source. 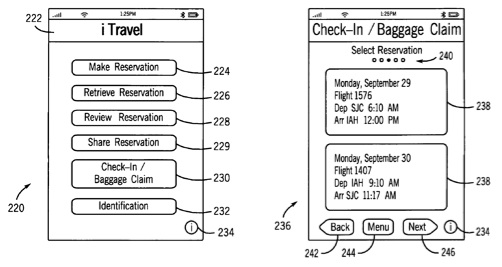 The main focus of the patent is how you would use your next iPhone with NFC chip at the airport check-in. It includes loading your ID info such as picture, retinal scan and fingerprint data from modern passports with embedded radio frequency identification tags. Collecting your ticket information from reservation confirmation e-mails/notifications, or extracting reservation images via optical character recognition software, barcode-reading software, or QR-code-reading software. Providing the necessary information at the NFC equipped check-in counter, and receiving the boarding pass with luggage info in exchange. Using the stored ID to pass through airport security, etc.

Apple’s iTravel patent application has been known for some time, having been filed in September 2008 and published for public viewing in April 2010. But with the patent now having been granted by the U.S. Patent and Trademark Office, Apple has broader protections should it choose to launch such an application. 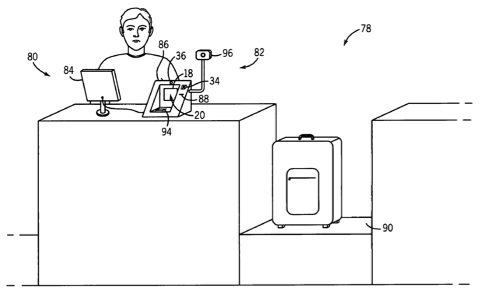 Looks like Apple’s iTravel app will find its way into the iOS devices a lot sooner than expected!