If you’ve been waiting for an iTunes Card sale (and missed the one in November), PayPal Canada has launched one this morning for 10% off iTunes codes, in denominations of $25, $50 or $100, available from their digital gift store. 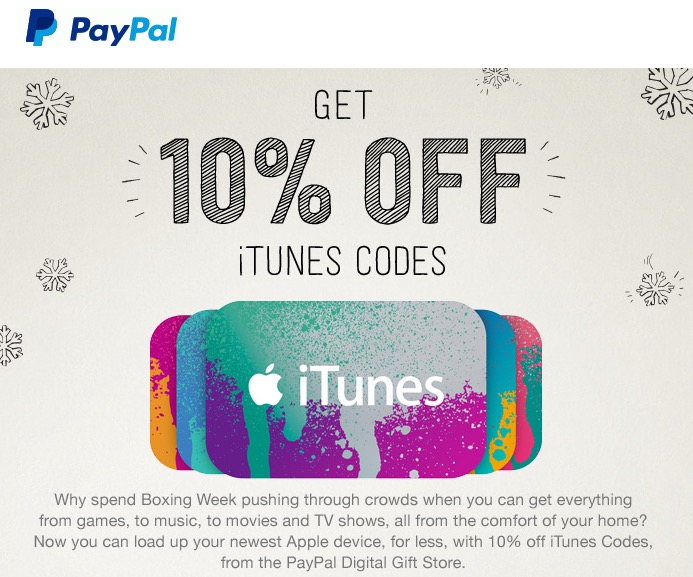 The sale is available from December 26, 2014 (09:00 AM EST) to December 30, 2014 (10:00 PM EST) until quantities last. Buying these cards digitally means you get to avoid the crowds and save 10% off any digital purchases from Apple, including in-app purchases (like gems in Clash of Clans).

While the savings aren’t 15 or 20%, if you’re desperate to save a little, this is a good time to buy to help fund your iTunes Account for your new iPhone or iPad. You can always save 10% off iTunes Cards year round in Costco, but you pay the price of ‘agony’ while waiting in line at the check outs.

Click here to jump on the PayPal Digital Gifts promo for 10% off iTunes codes. Let us know if you’re going to jump on this!