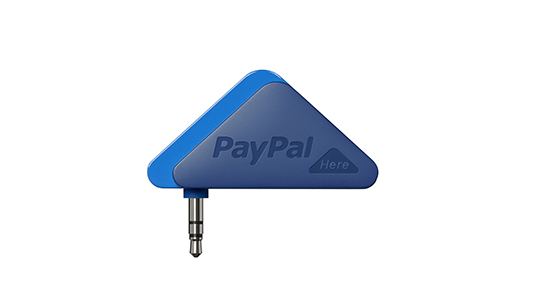 PayPal has announced their foray into the mobile payment solution by introducing PayPal Here. A credit card dongle plugs into the iPhone’s headset jack, and the initial rollout of this new payment system includes Canada, the U.S., Australia, and Hong Kong.

Here are the details:

PayPal Here comes with our world-class fraud management capabilities, and our 24×7 live customer support. In addition to accepting more payment methods, PayPal Here offers a simple flat rate of 2.7% for card swipes and PayPal payments. Merchants are also given a business debit card for quick access to their funds and 1% cash back on eligible purchases – which means if you use the debit card, your fees are actually just 1.7%!

According to the iTunes description of the existing PayPal app which was just updated, merchants can get a free swiper from PayPal:

*If you are a merchant who would like to get paid directly with your smart phone, download the new PayPal Here™ application from the app store to get started, and we’ll send you a free card reader.

So here we have yet another mobile payment solution for Canada. Other options available include: PayFirma, Moneris and Kudos. Anyone plan to try this out?

Google announced an experimental conversational service based on artificial intelligence today, called Bard, confirming what was reported last week. The details of Bard look to compete against the rise of Open AI’s ChatGPT, with the latter’s inventor backed by a $10 billion investment from Microsoft. On Monday, Google CEO Sundar Pichai detailed more about its […]
Gary Ng
20 mins ago