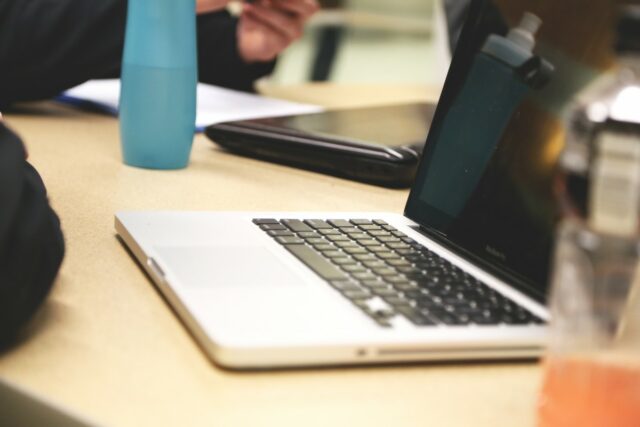 According to Canalys’ fourth-quarter figures for the global PC market, 2021 saw total PC shipments reach 341 million units, a 15 percent rise over the 2020s already strong sales, 27 percent higher than 2019’s, and the highest single-year figure since 2012.

Even more impressive is the fact that this was accomplished with relatively little growth during the fourth quarter’s holiday season, which only saw a 1 percent year-over-year rise compared to 2020.

“2021 has truly been a return to form for the PC,” said Jitesh Ubrani, a research manager at IDC. “Consumer need for PCs in emerging markets and global commercial demand remained strong during the quarter with supply being a gating factor.”

Ongoing supply issues relating to a global chip shortage mean the PC market “could have been even larger than it was in 2021,” according to Tom Mainelli, an executive at IDC. 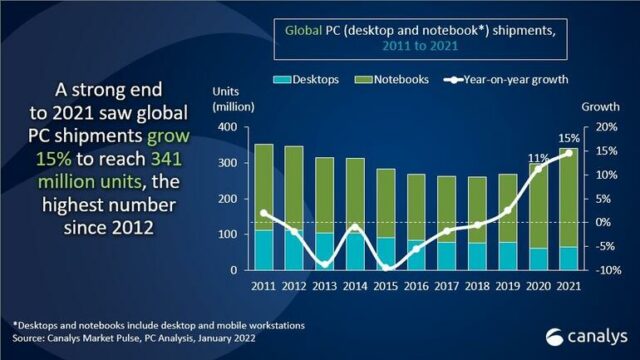 Despite having the biggest annual growth due to the popularity of its M1 MacBooks, Apple still came in fourth. The company shipped a total of 29.0 million units in 2021.

Completing the top 5 list for PC sales was Acer, with 24.4 million units shipped in 2021. The company also had the second-biggest annual growth after Apple at 21.8 percent.

While the global 2021 figures were positive for the PC market, the fourth quarter in the US was hit by supply chain issues and what research firm Gartner describes as a “collapse in demand for Chromebooks.” This could mean the unexpected PC growth we’ve seen throughout 2020 and 2021 won’t continue this year.

The pandemic has revived the PC market for two straight years, though. Microsoft also launched Windows 11 last year, while AMD and Intel have also just launched their latest laptop chips at CES 2022, so expect to see even more new PCs at stores soon.