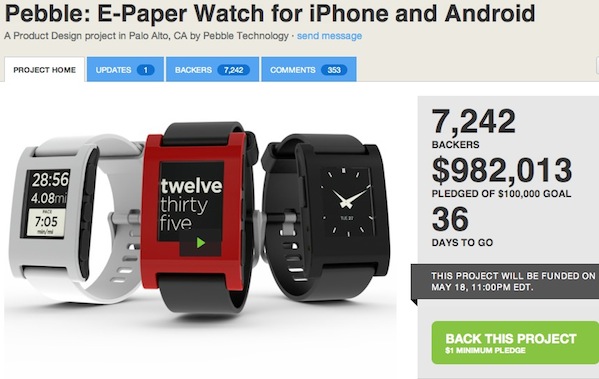 Pebble is an e-paper watch Kickstarter project launched by Vancouver-born Eric Migicovsky and his Palo Alto-based company Pebble Technology. In just under 48 hours, it has raised almost $1 million dollars. It currently sits at 7,290 backers and $988,423 pledged with still 36 days to go.

Eric and his team have created an amazing e-paper watch that connects to your iPhone or Android device via Bluetooth. It can show push notifications from your iPhone and even run apps (they are released an SDK soon) with a seven day battery life. Check out their video below–it’s definitely an impressive project that has gone viral due to its innovative idea: