Today, Peloton has announced an increase in its All-Access membership fee in the U.S. and Canada for the first time in eight years, while reducing the prices of its Bike, Bike+, and Tread machines to reach new customers. 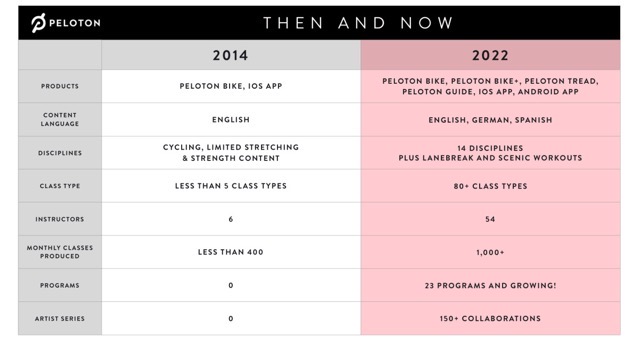 Starting June 1, 2022, Peloton will be increasing the price of its monthly All-Access membership fee from $39 to $44 in the US and from $49 to $55 in Canada. International membership pricing is currently unchanged.

The cost of a digital-only membership for people who don’t own any of Peloton’s equipment will still be $12.99 a month.

“There’s a cost to creating exceptional content and an engaging platform,” the company said in a press release. “The price increases will allow Peloton to continue to deliver to users,” it added.

Meanwhile, Peloton is slashing the prices of its connected-fitness bikes and treadmills as follows:

The pricing changes were announced as part of Peloton’s new CEO Barry McCarthy’s vision to grow its community as the leading global connected fitness platform.