Petro-Canada has just announced the completion of its coast-to-coast network of electric vehicle (EV) fast chargers, with more than 50 locations from Nova Scotia to British Columbia. EV drivers can now travel across the country with access to a fast charge network along the Trans-Canada highway. 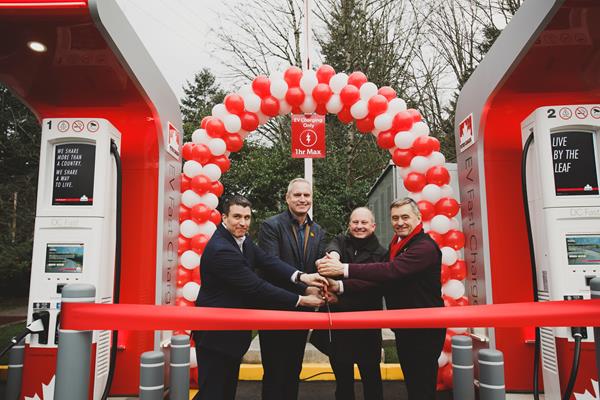 Each site on Canada’s Electric Highway features DC fast chargers with both CHAdeMO and CCS/SAE connectors, which support a broad selection of vehicles. The chargers can provide up to a 200 kilowatt charge, enough to provide an 80% charge to most EVs in less than 30 minutes. The units are also capable of 350 kilowatt charging with future upgrades.

“With more than 100,000 electric vehicles on the road in Canada and an average of 4,000 EVs added each month, we know that this is an important step in meeting the current and future driving needs of Canadians,” said CEO Mark Little.

Security researchers from HUMAN’s Satori Threat Intelligence team have identified 75 apps on Google Play and 10 apps on the App Store engaged in ad fraud, resulting in over 13 million installations (via Bleeping Computer). The researchers say they have identified a collection of mobile apps that are part of a new ad fraud campaign named 'Scylla'....
Usman Qureshi
43 mins ago

YouTuber and tech gore creator TechRax took it upon himself to give Apple's new iPhone 14 Pro a facelift in a recent video. "I can't stand the protruding camera bump," he said, preparing to saw it off. The camera island on the back of this year's iPhone 14 Pro models is larger in all directions than the...
Nehal Malik
43 mins ago

According to Bloomberg’s Mark Gurman, he believes Apple may not hold an October event to announce Mac and iPad Pro updates with M2 chips. The M2 chips were unveiled at WWDC this summer. Does Apple have enough new features still hiding to justify holding an October event with the media? “It seems unlikely,” says Gurman. […]
Gary Ng
57 mins ago