Just like the iPhone’s built-in Voice to Text Dictation feature, Google’s Pixel smartphones also come with a voice to text feature. While the two features appear to function in a similar manner, Google’s version offers a much smoother experience, thanks to its powerful speech recognition that is made possible by machine learning. 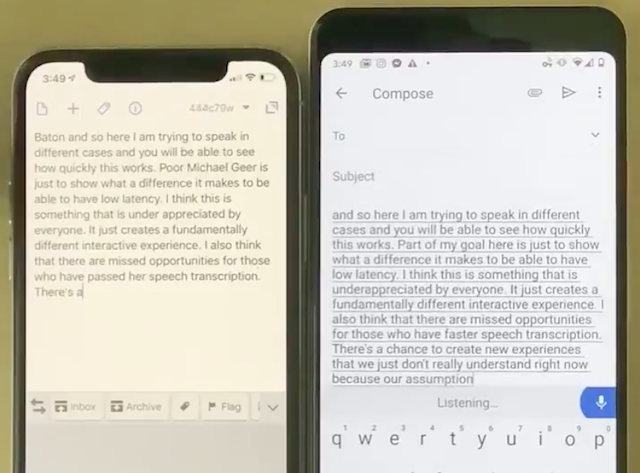 To compare how the two devices handle voice to text, Twitter user @jamescham has shared a video that shows an iPhone 11 and a Google Pixel 3 in action side-by-side.

The video clearly shows how the Pixel 3 is way fluid in capturing the words and showing them as text, whereas the iPhone 11 seems to be struggling a little.

I don’t think that people appreciate how different the voice to text experience on a Pixel is from an iPhone. So here is a little head to head example. The Pixel is so responsive it feels like it is reading my mind! pic.twitter.com/zmxTKxL3LB