Pokémon GO’s biggest update yet is set to roll out soon, bringing a revamped Gym gameplay experience for Trainers around the world, including the opportunity to join together with others to battle against powerful Pokémon in the new Raid Battle feature. The developers say that at the heart of the upcoming update is “a new motivation system that will significantly change how you interact with Gyms”. 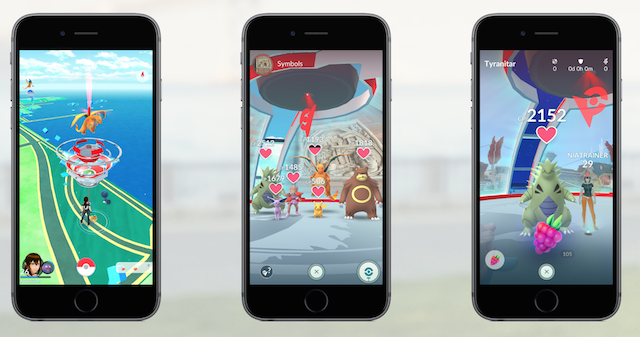 Gyms will soon get a major revamp, allowing users to spin the Photo Disc at Gyms to acquire items just as you do at PokéStops. Gyms are no longer based on Prestige and training. Instead, they now feature six permanent slots that can be filled by the controlling team’s Pokémon. Each Pokémon assigned to these slots must be unique. When a Pokémon is assigned to a Gym, a motivation meter will be displayed. Pokémon assigned to defend a Gym lose motivation over time and as they are defeated in battle.

Gym Badges: Now you’ll be able to earn Gym Badges when interacting with the many Gyms around the world. Gym Badges serve as mementos of your Pokémon GO adventures and reflect your contribution to a Gym’s success.

You’ll be able to level up your Badges by battling, giving Berries to the Pokémon in the Gym and spinning the Gym’s Photo Disc. You can earn the opportunity to receive bonus items and increased rewards from Gyms by raising the level of your Gym Badge.

New Raid Battle Feature: All around the world, you’ll soon be able to participate in the new Raid Battle feature at Gyms. A Raid Battle is a cooperative gameplay experience that encourages you to work with other Trainers to defeat an extremely powerful Pokémon known as the Raid Boss. Before a Raid Battle begins, a large Egg will appear atop the Gym. When the countdown above the Egg reaches zero, the Raid Boss will be revealed.

Over the next few days, Gyms will be temporarily disabled and once the update has been rolled out to players around the world, they will return. The Raid Battle feature will then be rolled out slowly over the next few weeks, starting as a beta, with raids visible only to a subset of players at certain Gym locations.