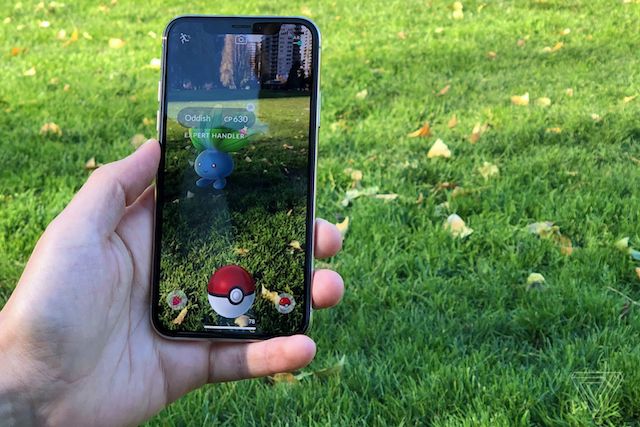 Prior to AR+, Pokémon Go would use rough approximations of where objects were to try and place the pokémon in your environment. But now, the developer plans to use the ARKit to fix Pokémon in the camera viewfinder with higher accuracy and true-to-life size ratios.

The new AR+ mode also lets iOS users take advantage of the new “expert handler” feature which lets them sneak up close to a Pokémon and capture it without scaring it away.

“In terms of AR, we launched with a pre-ARKit version of AR that was interesting and fun and created a lot of social media sharable moments for people,” said Niantic CEO John Hanke in a roundtable interview with reporters earlier this week. “But a lot of people did turn it off, in part because it was so limited.” He added that the primary focus of the new mode is to make AR “part of the gameplay in a way that is unique and fun.”

Niantic says that since the new AR mode relies on ARKit, the upcoming update will also drain much less battery than the game’s original version. The next Pokémon Go update is expected to hit the App Store later this week.