Pokémon Go has today officially been launched in Japan, Nintendo’s homeland and the birthplace of Pokémon. The smash hit mobile game is currently the top grossing app in many countries, including the U.S. and the U.K., and is expected to reach the top spot in Japan as well, which is one of the world’s largest smartphone gaming markets by revenue, The Wall Street Journal reports. 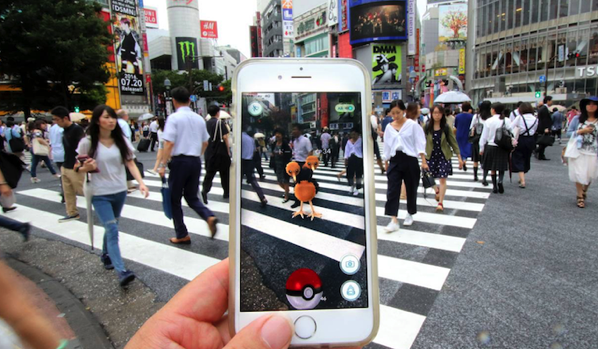 “We wanted to build a game that would inspire people to go outside, get exercise, discover new places and have fun with their friends,” said John Hanke, chief executive of Niantic, the developer of Pokémon Go. Masakazu Saito, a 30-year-old from Japan, whose first Pokémon encounter was the game’s original ‘Pokémon Red Version’ in 1996, said “Since I was a kid, I always wished to buy a ball with my real money”, referring to how the game lets users spend money on Poké Balls used to capture the different characters in the game.

Even before the app launched Friday in Japan, teachers there cautioned parents about their children playing the game. The frenzy is a flip side of a popular game that is also helping some businesses. McDonald’s Japan, for example, said “Pokémon Go” players can visit its 2,900 restaurants in the country to collect items and battle against peers—the game’s first official corporate sponsorship.

“I just stopped by a McDonald’s nearby and ordered french fries while playing the game,” said Takeshi Kumagai, a 30-year-old Pokémon fan who took a day off Friday to play.

McDonald’s, whose business has been struggling due to food-safety scandals, saw its share price hit a 15-year-high yesterday, a day after it announced the Pokémon deal.