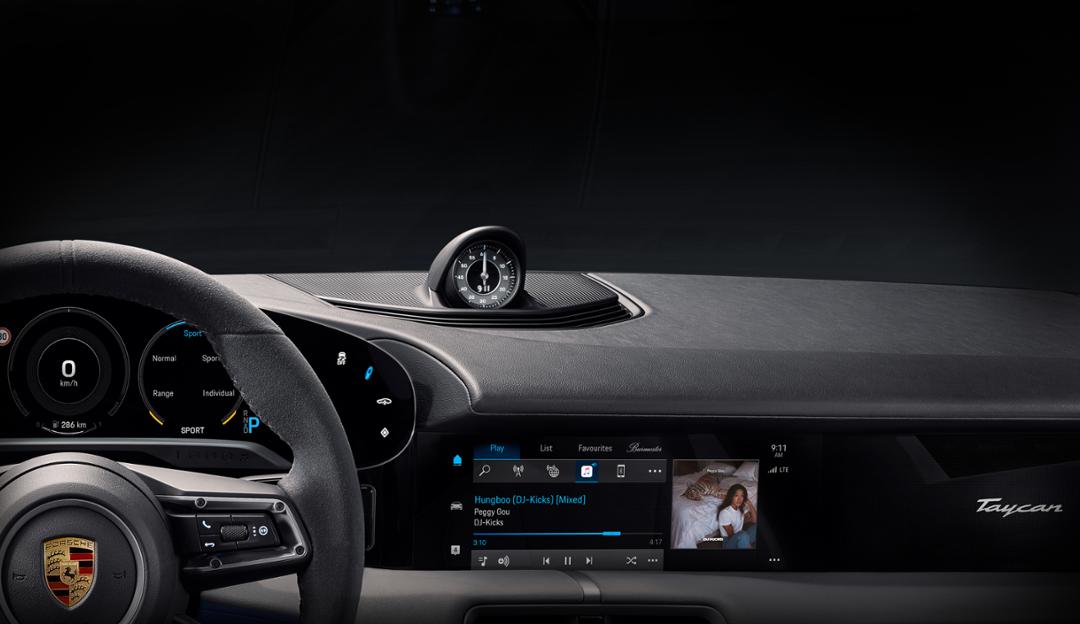 According to a new report from TechCrunch, the German auto-maker announced that the Taycan will become the first vehicle to fully integrate Apple Music when the car is released in September. Subscribers to Apple Music will be able to stream the full Apple Music library and Beats 1 through the Porsche Advanced Cockpit dashboard in the Taycan.

“Porsche and Apple Music fit perfectly — we share common values, and the same relentless attitude to user experience, to quality engineering, to design, and to innovation,” Detlev von Platen, a member of the executive board for sales and marketing at Porsche AG, said in a statement. “Together, we bring innovative digital entertainment technologies in our high-performance sports cars, starting with our fully electric Taycan.”

Apple Music is in addition to (and separate from) CarPlay, which is still a standard feature of the Taycan’s infotainment system. But as CarPlay users will know, it’s a highly sandboxed way of interacting with content from your phone. That’s not the case with the new Apple Music feature. It has been added as a separate input in the Taycan’s media player app, alongside broadcast radio, bluetooth devices, and so on.

A six-month subscription to Apple Music will be standard with all 2020 Porsche Taycans, the company confirmed Monday. People who already have Apple Music will receive three months of additional service on their accounts. Since the music service will be fully built into to the vehicle, users will be able to tag songs from terrestrial radio and add them to their Apple Music playlist. The Porsche’s voice command system can also be used to play songs, albums or radio stations on Apple Music.

“From the touchscreen display in the Porsche Advanced Cockpit, Apple Music subscribers can stream over 50 million songs ad-free, thousands of curated playlists, and the Beats 1 global livestream with three-year complimentary in-car internet data,” reads Porsche’s press release. “This is the first-ever full integration of Apple Music in any vehicle.”

While this functionality will presumably roll out across more of the lineup, Porsche wouldn’t confirm it.