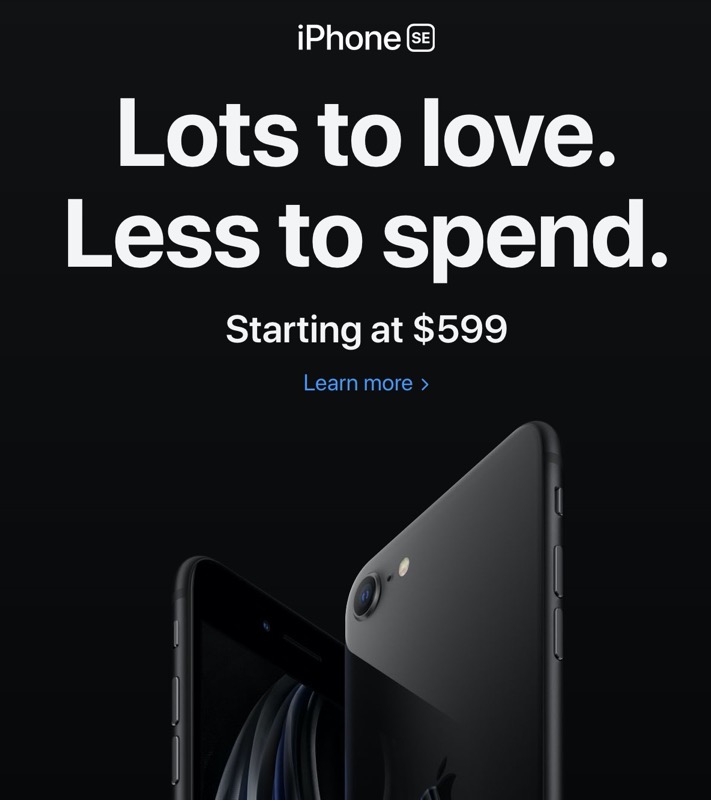 Apple has launched online pre-orders for its latest iPhone SE (2020) in Canada, with pricing starting at $599 CAD.

2020 iPhone SE pre-orders have started early Friday morning on April 17, 2020 at 5AM PDT/8AM EDT. If the Apple website is not loading for you yet, it should be shortly. You should also try using the Apple Store iOS app to place your order as it’s much faster and easier to check out.

If you want two full years of extended warranty coverage, AppleCare+ for the 2020 iPhone SE will set you back $119 in Canada.

The second-generation iPhone SE is essentially an iPhone 6/7/8 design with Home button and Touch ID, but has internals from the iPhone 11 and iPhone 11 Pro, specifically the wickedly fast A13 Bionic chip.

The rear 12MP Wide camera features Portrait mode with advanced bokeh and Depth Control, to go with six Portrait Lighting effects. You can record 4K video up to 60 fps, while you get optical image stabilization for both pictures and videos, along with stereo recording.

As for battery life for the 2020 iPhone SE? Apple says it “lasts about the same as iPhone 8”.

You click here to pre-order the 2020 iPhone SE on Apple.ca.