Amazon.ca has expanded its free one-day delivery Prime option to Calgary and Edmonton, after previously launching in Toronto, Vancouver and Montreal. 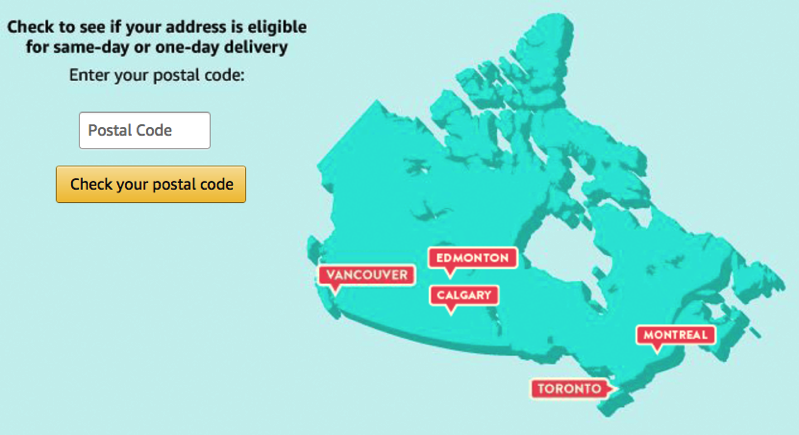 Prime One-Day delivery allows customers who place orders of $25 or more by 4PM to receive it the following day by 9PM, even if it’s the weekend. Amazon says over half a million items qualify for One-Day Delivery, with eligible items showing a Prime FREE One-Day icon.

“We are excited to offer faster, free delivery for Prime members in Calgary and Edmonton,” said Mike Strauch, Country Manager for Amazon.ca. “With a wide selection of over half a million items, Prime FREE One-Day Delivery will make life easier and more convenient for members shipping to Alberta’s two largest cities.”

Bigger cities such as Toronto and Vancouver have free Same-Day Prime delivery for members.