Prime Video Announces “The Making of The Rings of Power”

Fans of the global hit series The Lord of the Rings: The Rings of Power can get an exclusive look behind the scenes of all 8 episodes via Prime Video’s X-Ray feature, and experience J.R.R. Tolkien’s magnificent realms like never before. 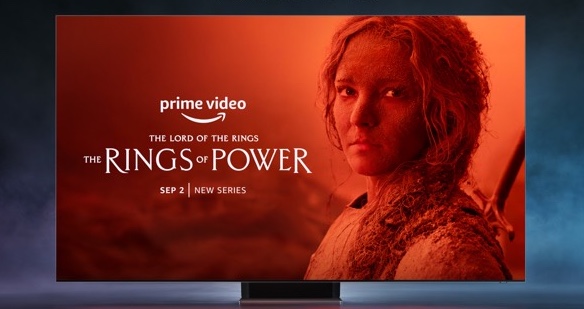 “The Making of The Rings of Power” experience can be launched anytime while watching the series. Viewers can also access the X-Ray episodes by scrolling to the Bonus Content section on the series’ main page on Prime Video.

These “making of” pieces, each corresponding to one of the first season’s eight episodes, provide a thrilling deep dive into the series, with exclusive access, behind-the-scenes footage, and interviews with the cast, and the production team.

“The Making of The Rings of Power” gives fans a special inside look at the creation of the unique realms that make up Middle-earth, including Númenor and Khazad-dûm, both shown on screen at the heights of their glory for the first time.

The first season of Prime Video’s The Lord of the Rings: The Rings of Power has been an unprecedented global success, viewed by more than 100 million people worldwide, with more than 24 billion minutes streamed.

The highly anticipated series attracted more than 25 million global viewers on its first day, marking the biggest premiere in the history of Prime Video.

The show has also broken all previous Prime Video records for the most viewers and has driven more new Prime sign-ups worldwide during its launch window than any other previous content.

With the trailer for “The Making of The Rings of Power” below and let us know what you think in the comments section.