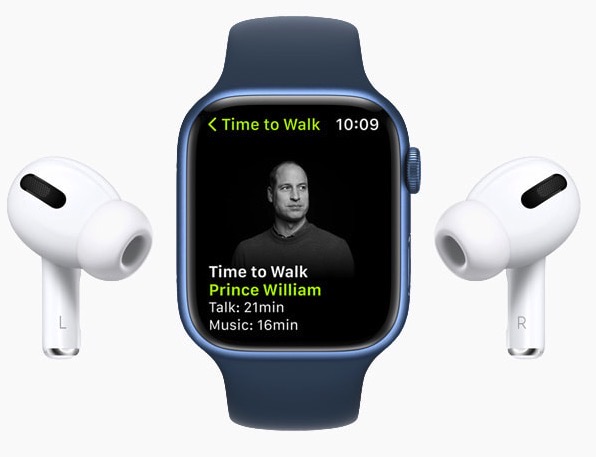 Time to Walk episodes feature “some of the world’s most influential and interesting people as they share stories, photos, and music,” only available on Apple Watch—while you go for a walk. Each talk ranges from 25 to 40 minutes.

“In his Time to Walk episode, Prince William talks about the importance of keeping mentally fit. He also reflects on a lighthearted moment when he was drawn out of his comfort zone, the value of listening as a way to empower others, and an experience that led him to prioritize mental health,” explains Apple.

Time to Walk is available on Apple Watch and requires a pair of AirPods or Bluetooth headphones, with all episodes available in the Workout app on the wearable. Time to Walk is actually pretty neat in our experience of the feature, as it’s cool seeing pictures pop up on your Apple Watch when you walk, plus the integration of music into each episode is nice as well.