Apple launched (PRODUCT)RED pre-orders launched in Canada and beyond yesterday, ahead of the new colour’s launch this Friday.

While Apple.ca showed a delivery estimate of April 16th for pre-orders, those who actually placed an order are seeing an earlier delivery time. 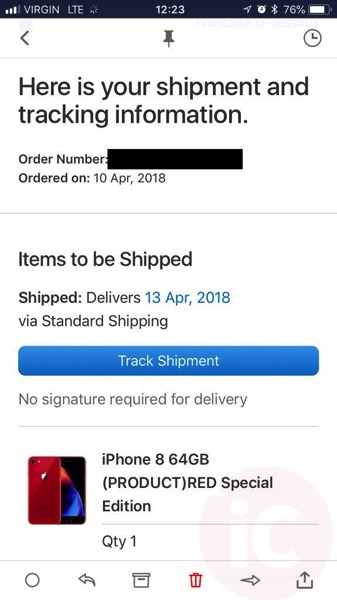 According to iPhone in Canada reader @mxmgodin, his (PRODUCT)RED iPhone 8 was originally set to arrive on April 16th, but now it’s showing as delivering on April 13th, the actual launch day of the new colour.

Again, it’s a case of Apple underpromising and overdelivering, which normally is the case with its online order estimates, which is good for customers.

Click here to check out the first unboxing video of a (PRODUCT)RED iPhone 8 Plus.