A day after Apple released new iOS 9 and OS X El Capitan betas, the company has launched their public beta software program to test these operating systems, which offers members of the public to test pre-release software for free. 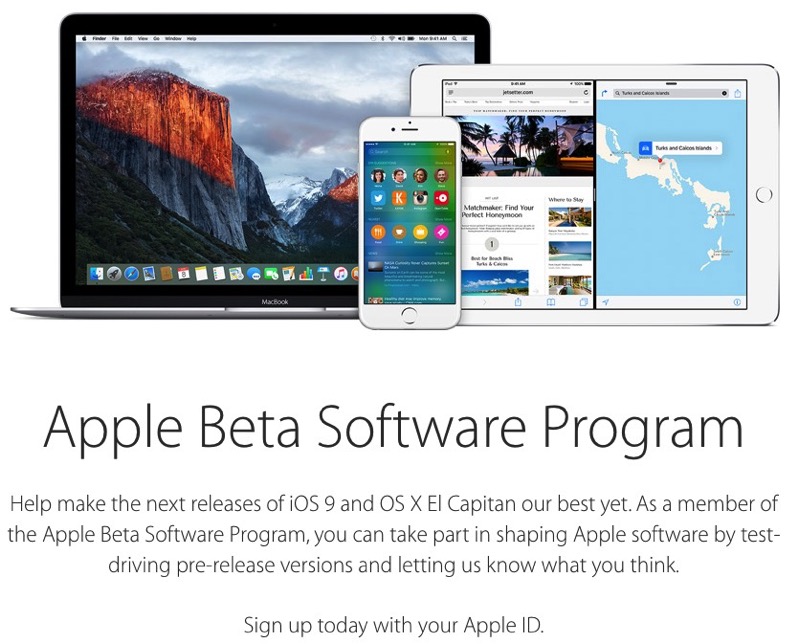 When you test iOS 9 and OS X El Capitan betas, you will be able to tell Apple what you think with built-in assistant feedback apps.

Click here to sign up for the public betas. Again, since these are betas, they will be buggy and not perfect, so you should try installing them on secondary devices.