With its new QCC5100 Low Power Bluetooth SoC, chip maker Qualcomm is claiming that it will nearly triple the battery life of wireless headphones due to the chip’s 65% less power consumption, Gizmodo is reporting. “It’s a big step forward in the hearable category,” said Anthony Murray, the Senior Vice President and General Manager of Qualcomm’s Voice & Music business unit. 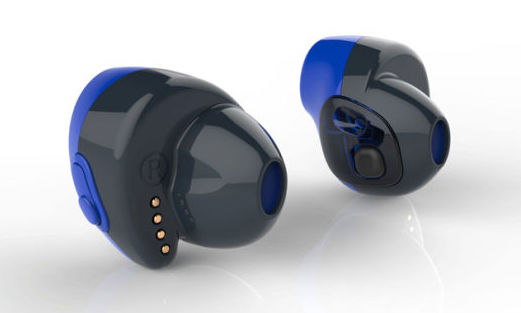 Murray highlighted that the new chip supports Bluetooth 5, which has just started to appear in devices like the Samsung Galaxy S8 and Apple iPhone X. He added that the Qcc5100 has significantly better transmit power, which should also reduce the number of times headphones cut out when you’re riding a packed subway or moving through a hellishly crowded airport. Furthermore, the chip has double the processing capability of Qualcomm’s former solution.

This means that the chip can provide much more robust active noise cancelling and hearing assistance. For example, it would allow for some conditional sound changes like making sound softer when your headphones detect that an announcement is being made on a train.

“We see this as becoming a general requirement,” Murray said. And if you look at the wide range of earbuds in the marketplace right now, and their multitude of auditory bionic features, you might be compelled to agree.

Qualcomm says it is working with a number of major headphone manufacturers on incorporating the Qcc5100 SoC in their products.