With roughly $250 million allocated to the taxi industry in the 2018 provincial budget, Quebec is planning to compensate taxi drivers to offset the profit-cutting competition from ride-sharing services like Uber. Once the announcement is made, Revenu Québec will send a letter to each taxi license owner, indicating what they will be entitled to (via CBC News). 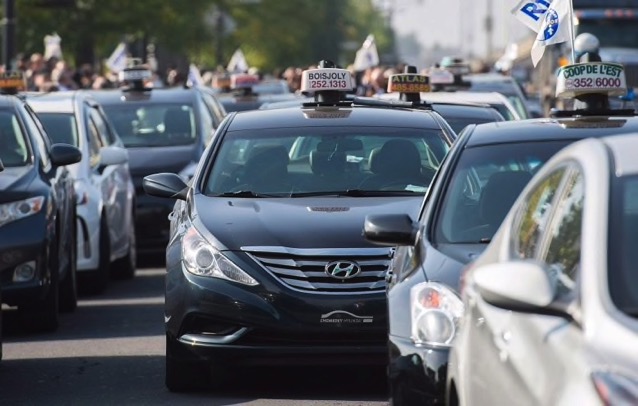 Almost $44 million was dedicated to the modernization of the taxi industry in this year’s budget, with total allocation working out to around $30,000 per Quebec taxi license.

George Boussios, a spokesperson for Taxis du Grand Montréal, said, “$30,000 is a drop in the bucket for what’s happened in the last four years when the value of a permit was about $200,000 and now they’re selling for about $80,000,”. He continued that the arrival of services like Uber and Lyft has left many in the taxi industry “in dire straits”.

“It hasn’t been easy,” said Boussios, who also serves as president of the Montreal-based Champlain Taxi company. “It’s been very, very difficult.”

The government must dole out that compensation package directly to drivers by Oct. 1, according to Abdallah Homsy, president of the Regroupement des intermédiaires de taxi de Québec (RITQ). “In our conditions, it was decided that the amounts should be paid before the elections,”  he told Radio-Canada.

If the drivers don’t get what they want, Homsy believes it will be a hot issue during the forthcoming provincial election campaign, which is officially set to begin later this month.

Apple earlier this month unveiled Apple Watch Ultra, the tech giant's highest-end smartwatch to date. The premium smartwatch carries a starting price of $1,099 and is geared towards extreme athletes and adventurers. Apple Watch Ultra is designed to be the perfect companion for when you're far away from civilization, whether you're below sea level or...
Nehal Malik
54 mins ago