But once iOS 15.1 is released by Apple, you’ll be able to natively add Quebec’s vaccination QR code to the Health and Wallet apps on iPhone.

Previously, a third-party workaround was being used to add the QR code to the iPhone.

If you’re running iOS 15.1 beta right now, here’s how to add your Quebec vaccination QR code to your iPhone:

1. Download the new Quebec vaccination QR code for trips outside of the province by visiting here. 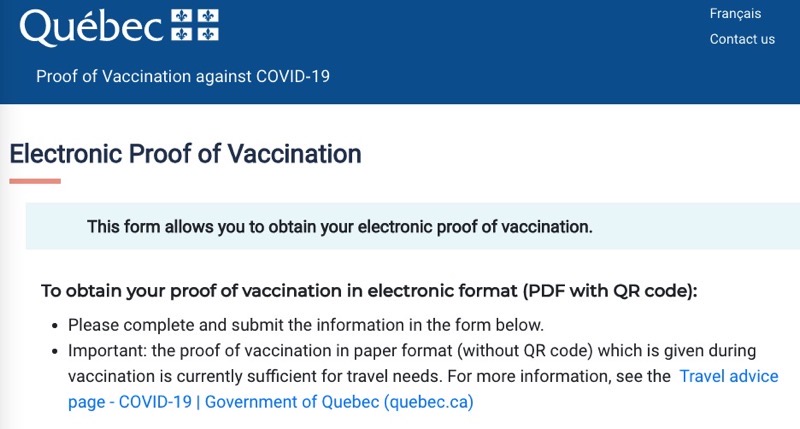 2. Next, select the option to “download your paper proof for use outside Quebec”. Then, scan the QR code by opening your iPhone camera app, then tap the highlighted ‘Health’ button that appears. Follow the instructions to add to Health and Wallet.

You can see the screenshots below from iPhone in Canada reader Jean-Francois Roy, that the new Quebec vaccine QR code can be added to Wallet and Health on iPhone in iOS 15.1:

When your Quebec QR code is added to Wallet, you can access it in your list of cards by double-tapping the sleep/wake button or home button from the lock screen.

[caption id="attachment_389903" align="aligncenter" width="1146"] Image: Uber[/caption] Uber today announced the launch of UberX Share in Toronto, Vancouver, and Montreal, bringing shared rides back to these cities after UberPool was discontinued in 2020 due to the COVID-19 pandemic. "Shared rides have long been a rider favourite, from the spontaneous singalongs to meeting new friends and other...
Nehal Malik
27 mins ago