The iPhone 6 is said to be shipping with a Lightning cable that is reversible at both ends, the rumour mill claimed over the weekend. As it turns out, a recently published Apple patent describes that user-friendly cable, which allows them to plug the cable into their device and charger without the stress of “having it the right way.”

What does differ, though, compared to the packaging of cables already on the market is the hang tabs — alongside the missing Apple logo: The ones you find in the Apple Store have plastic hang tabs, while the images leaked by uSwitch are made from paper. 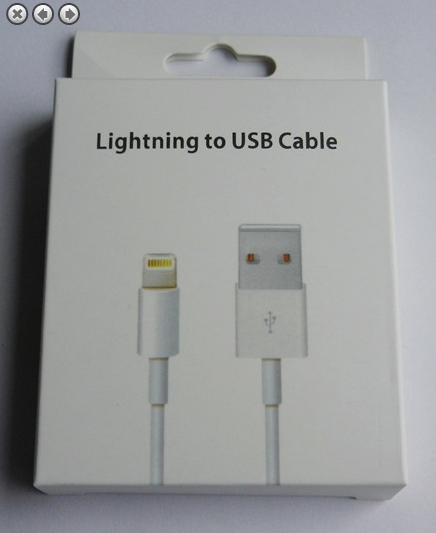 Apple is said to be using reversible Lightning to USB cables with the next-generation iPhone to match the forthcoming Type-C (USB 3.1) technology announced last week.

As with any other rumour, we should take this image leak with a grain of salt and not jump to quick conclusions simply because of a change in hang tabs.