The all-new Raspberry Pi 400 is a powerful, easy-to-use computer built into a compact keyboard. Featuring a quad-core 64-bit processor, 4GB of RAM, wireless networking, dual-display output, and 4K video playback, it is available to order today starting at US $70 (via The Verge).

The Raspberry Pi 400 bundle kit, starting at US $100, also comes with a mouse, power supply, micro HDMI to HDMI cable, and SD card preloaded with Raspberry Pi OS. Simply plug it into a TV or monitor using HDMI, and you’ve got yourself a basic computer for day-to-day tasks, coding, or media playback. 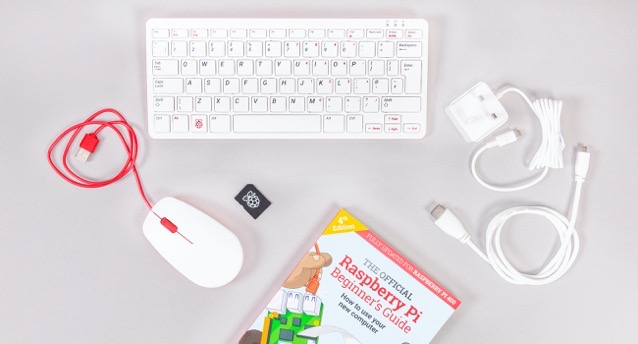 “It can sit under your Christmas tree and… if you open your presents at 9 o’clock, by 10 o’clock you can be sitting in front of your television with a computer,” said Raspberry Pi’s founder, Eben Upton.

Raspberry Pi 400 is the perfect educational tool for students of all ages. Low-cost and portable, it is ideal for home study, and for teaching computing concepts like programming, physical computing, and networking. Edit documents. Organise your calendar. Get hands-on with programming. Connect with friends.

As well as our UK and US English keyboard variants, Raspberry Pi 400 is available in Spanish, French, German, and Italian variants, with more to come.

The Raspberry Pi 400 is available now in the UK, US, and France, with availability in Italy, Germany, and Spain following next week. There is no official word yet on the Pi 400’s Canadian availability but we can expect an announcement in the near future.