According to a report from the Globe and Mail, the Royal Bank of Canada (RBC) is set to be the first bank to offer a mobile digital wallet to Canadians, with a debut slated for October of this year:

Royal Bank of Canada is expected to be first into the market in October, when it launches a digital wallet for mobile phones that will use RBC cards at first, but will eventually expand to welcome all brands of debit and credit cards. A few months later, the bank will launch a digital wallet for online purchases in partnership with Visa that holds all varieties of cards, regardless of brand.

Other major banks are expected to follow after RBC in the later year. A concept of ‘aliases’ will be relied upon by the banks, where a password will enable consumers to access their payment cards without having personal info being passed to the merchant, which is a similar strategy currently used by PayPal. 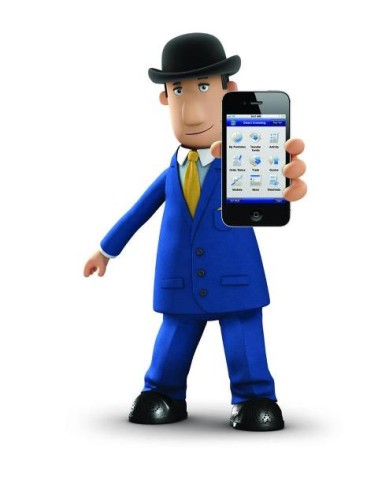 David McKay, head of Canadian banking at RBC had this to say:

“We haven’t offered that as a banking system until now…Just like your physical wallet has all your cards, our wallet has to have all your cards. We can’t just say only RBC products [are permitted], because the consumer doesn’t want to have five wallets if they have five service providers. They want one wallet.”

It was only a few months ago Rogers and CIBC announced a partnership to allow credit card transactions via VISA and MasterCard on upcoming smartphones via near field communication (NFC). Just prior to that announcement the Canadian Bankers Association released guidelines for mobile payment technologies. It’s becoming quite evident banks want to know what you purchase and where, as this data can be extremely valuable for companies to track.

As for Apple and their plans for an ‘iWallet’, it was revealed by the WSJ recently the Cupertino-based company is purposely holding back on implementing their vision for mobile payments. Apple sees the adoption rate for mobile payments to be in its infancy stage, and it won’t be years until paying using your smartphone becomes the norm. Hence, the announcement of Passbook in iOS 6.

Today, Samsung has revealed the Galaxy S23 series of devices. During its annual keynote, the company revealed details on the new flagship devices encompassing the Galaxy line. This year, Samsung is pleased to announce the Galaxy S23, Galaxy S23+, and the premium Galaxy S23 Ultra. The new series of Galaxy phones iterates on its predecessors...
Steve Vegvari
44 seconds ago

Samsung’s annual Galaxy Unpacked event was held today, showcasing a new lineup of devices. Of course, while the company’s new Galaxy S23 series of smartphones were revealed, Samsung took time to reveal the new Galaxy Book3 laptops. This year sees the launch of a lineup of fresh premium PCs from Samsung. Samsung is launching four...
Steve Vegvari
52 seconds ago

Last July, Tim Hortons proposed a free hot beverage and one free baked good, as a settlement in the privacy class action lawsuit involving the coffee chain’s mobile app. Fast forward to today, this free coffee and donut offer has been court approved, according to an email sent out to those involved and received by […]
Gary Ng
2 mins ago