Readdle has posted an overview of its 2016, which has turned out to be another successful year for the software company, which saw it gain 10 million new users this year.

The company says it also delivered 81 updates, while also answering 130,000 customer emails. Check out the infographic below: 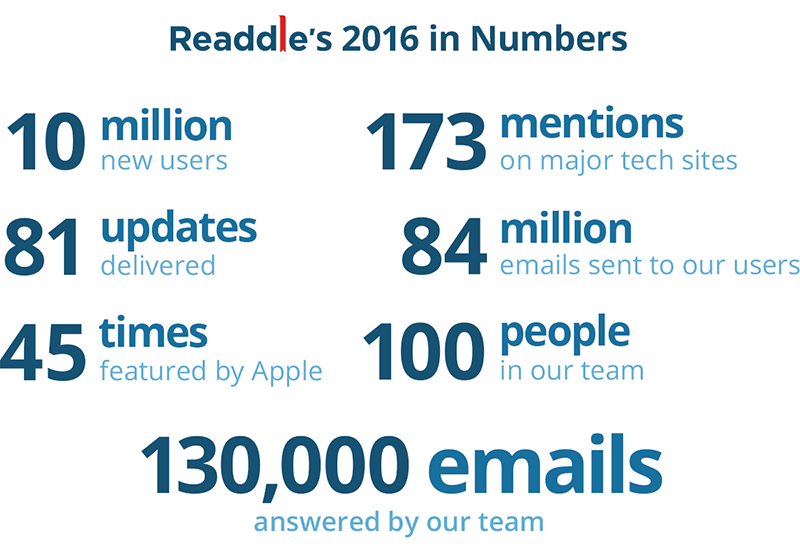 Readdle says up next for the company is PDF Expert 6 for iOS, along with a “new calendars app”, to go with Spark 2.0, which will “change the way you collaborate.” The company is also investing in R&D, AI and machine learning to even better improve its software.

Most recently, the company released Spark for Mac, the company’s free email app, which launched with much fanfare.

Amazon announced an all-new Alexa experience built just for kids today, with the launch of Echo Dot Kids. Echo Dot Kids come with Owl or Dragon designs and a 2-year worry-free guarantee. If your speaker breaks, Amazon will replace it. Also included are parental controls (time limits; explicit lyric filtering) and one year of Amazon […]
Gary Ng
12 mins ago