A new report by Bloomberg is claiming that Apple is working on a redesigned, high-end iPad, with facial recognition capabilities like the iPhone X, for release as early as 2018. According to people familiar with the matter, the redesigned iPad is expected to ditch the home button, replacing touch ID with Face ID, and feature slimmer bezels similar to the iPhone X. An OLED display is however said to be unlikely. 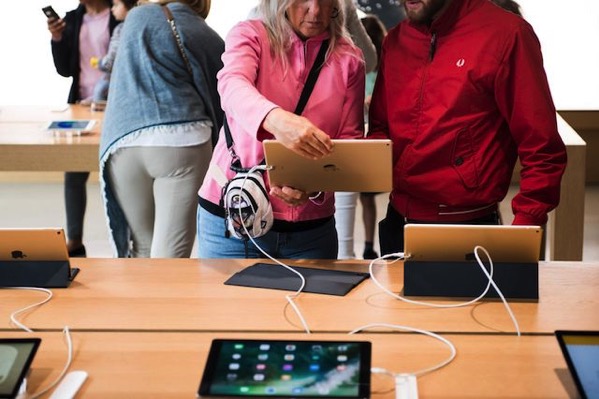 Citing sources, who asked not to be identified talking about private product development, the report adds that at least one new iPad model with a screen size similar to the 10.5-inch iPad Pro is planned to include Face ID for unlocking the device, making payments, and sending animated emojis. The new version will mark the first revamped look for the iPad since the first iPad Pro debuted in 2015.

Like the iPhone X, the new iPad is also expected to include a faster processor and a custom Apple graphics processing unit.

By removing the home button, Apple plans to noticeably reduce the size of the edges on the top and bottom of the device for the first time since its introduction in 2010, bringing the design closer to that of the recently released flagship iPhone X.

Apple is also preparing a new version of its Apple Pencil stylus and new software tools for using the stylus, the person said.

The updated tablet is expected to be released later next year, a little more than a year after the last major iPad Pro upgrade, the people said.

Apple reported during its earnings call last week that iPad revenue rose 14% to $4.8 billion in the fiscal fourth quarter, with an 11% increase in the number of units sold.