Apple.ca has now listed refurbished units of the company’s 6th generation iPod touch, which launched back in the summer of 2015.

There are 16GB and 32GB models available in a variety of colours, priced at $209 and $249 respectively, saving users 16% off the retail price from Apple. 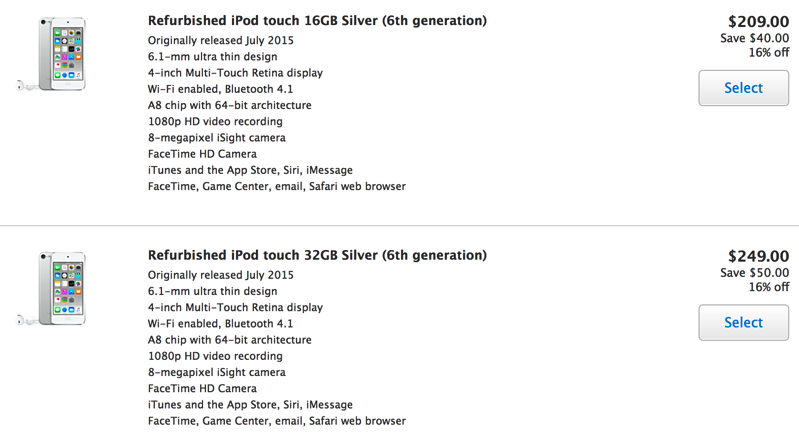 These devices are considered to be ‘old’ by today’s standards, but they can still be capable wireless devices for the kids, powered by the company’s A8 chip.

Refurbished iPod touch units come with a new exterior shell and battery, plus a standard one year warranty. As of writing, models are available in Space Grey, Gold, Blue, Pink and Silver.

These 6th generation iPod touch units hit refurb stores in the U.S. last December, but it appears Canada is finally just getting them now for the first time.