After the Fortnite website went down for maintenance this morning, registration for the Fortnite Battle Royale Invite Event is now live, as it opened up just over 30 minutes ago. 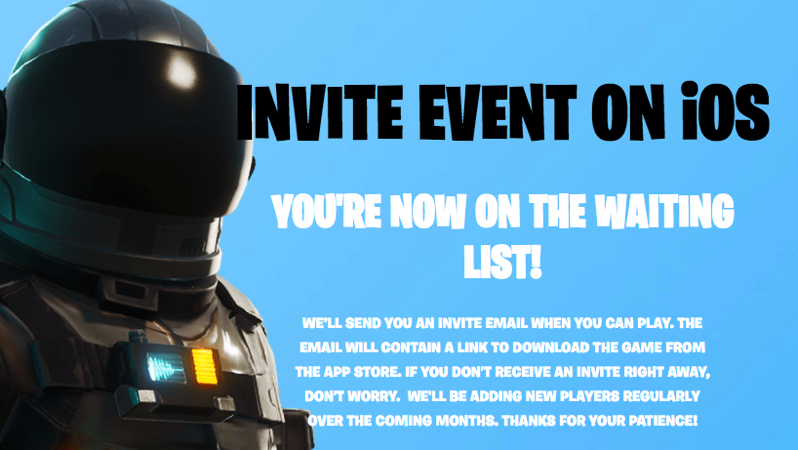 Once you’ve registered (which requires the creation of an Epic Games account), you’ll get the following message:

WE’LL SEND YOU AN INVITE EMAIL WHEN YOU CAN PLAY. THE EMAIL WILL CONTAIN A LINK TO DOWNLOAD THE GAME FROM THE APP STORE. IF YOU DON’T RECEIVE AN INVITE RIGHT AWAY, DON’T WORRY.  WE’LL BE ADDING NEW PLAYERS REGULARLY OVER THE COMING MONTHS. THANKS FOR YOUR PATIENCE!

The iOS game will allow players to battle against friends on all platforms Fortnite supports, which includes PlayStation 4, Xbox One, PC, and Mac.

The World Surf League (WSL) has announced its integration of the Apple Watch as the official wearable equipment of the WSL. This introduction marks the first time Apple Watch will be used as official competitor equipment in a professional sports environment. Throughout the Championship Tour (CT) season, elite WSL CT athletes will get access to...
Usman Qureshi
6 mins ago

The folks over at MacWorld have compared Apple’s latest M2 Pro and M2 Max processors with every other Apple silicon found in the iPhone, iPad, and Mac lineup. "Understanding the performance differences between each chip will help with your buying decisions, especially when you’re deciding between iPhone 14 or MacBook models.” To find out how...
Usman Qureshi
17 mins ago

Sometimes, Members of Parliament can work together, especially when it seemingly benefits voters (or when there’s public outrage). According to The Canadian Press, taxpayers will no longer have to pay for the home internet bills of their MPs. The Liberals and Conservatives both agreed to axe members from having taxpayers foot home internet as an […]
Gary Ng
43 mins ago