Apple launched pre-orders for iPhone 12 Pro Max and iPhone 12 mini today, and as expected, Reserve and Pick Up is available on Apple.ca.

The online option allows customers to configure an iPhone, then have it ready for pick up at an Apple Store at a date and time of their choosing. 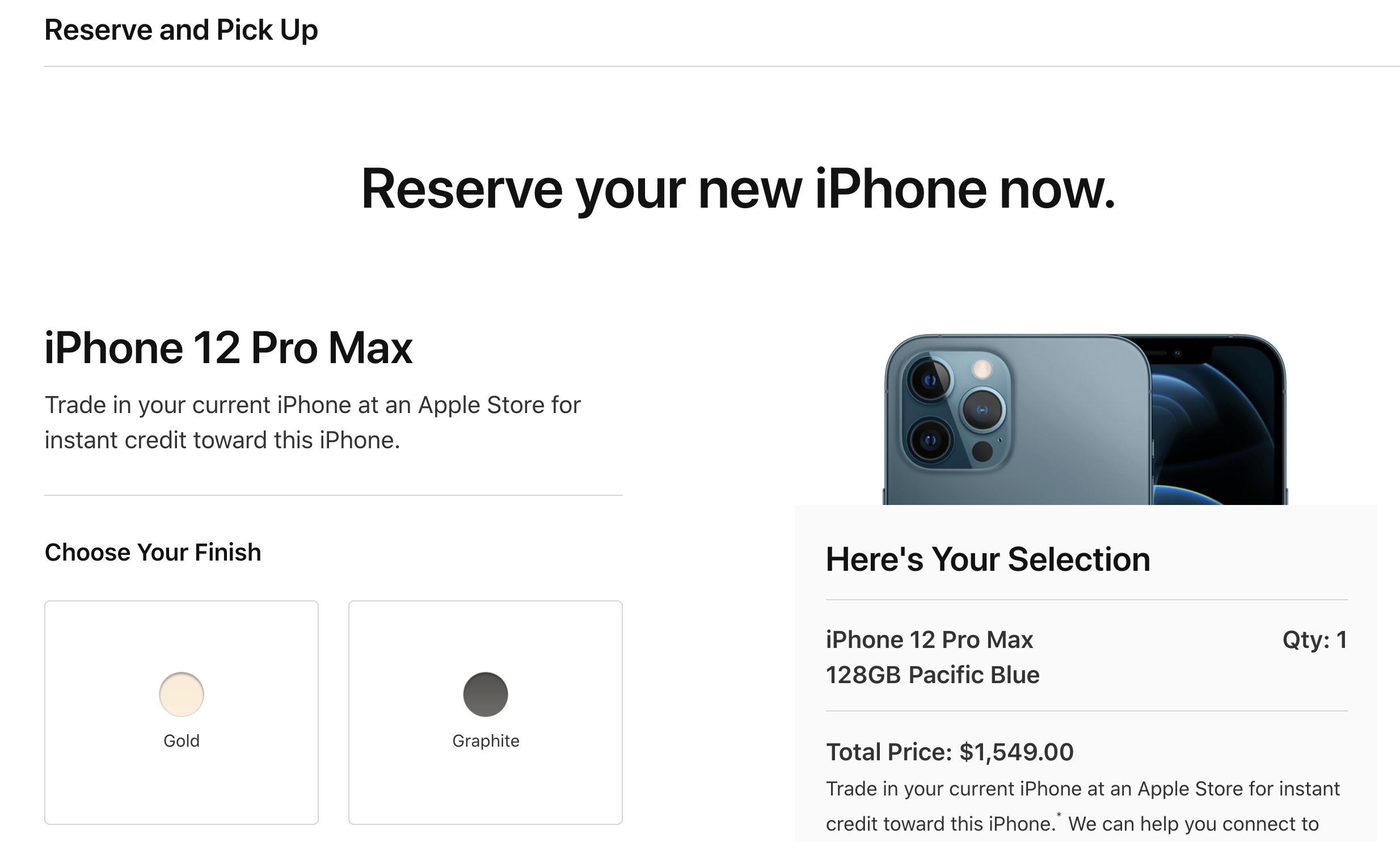 Why use Apple’s Reserve and Pick Up option? If you have an Apple Store near you, it can be more convenient and faster to pick up at a store, versus waiting for UPS to deliver your shiny new iPhone.

You can Reserve and Pick Up your iPhone 12 model of choice below via the Apple.ca links below: