The online streaming war is heating up as traditional media companies battle Netflix and its growing dominance, which currently stands at 69 million customers, and a reach of 190 countries.

According to the Wall Street Journal, numerous companies are fighting back against Netflix, by forming alliances when it comes to bidding on content. 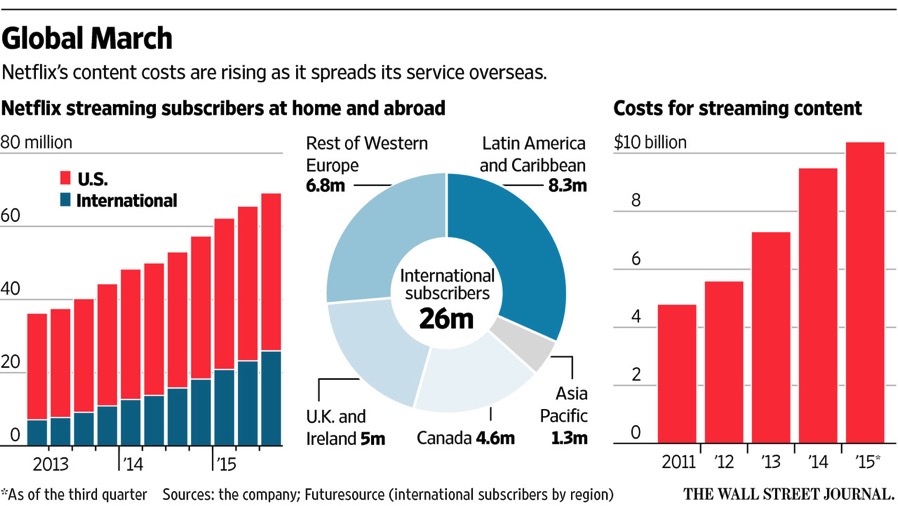 The reason? Netflix’s ballooning budget for content—which stands at $5 billion this year—is something to be worried about. The company is able to nab exclusive worldwide rights for top shows and movies, locking out local media markets by outbidding them at will.

Ahead of May’s annual screenings for new shows for international buyers in Los Angeles, numerous companies are said to be in talks to bid together against Netflix, say sources.

Others rumoured as part of this consortium? Rogers and Shaw’s shomi, as sources claim “Canada’s Shomi, also are in the mix.”

These companies working together hope to make more appealing bids to TV studios, and stomp out the Netflix juggernaut.

Jakob Mejlhede, executive vice president at Sweden’s Modern Times Group, which runs Viaplay, said “The competition is bloody fierce,” adding “If you enter into a straight up bidding war with Netflix, you are most likely going to lose.”

With Netflix reaching a truly global audience, it announced last week it plans to enforce content restrictions by territory, to respect distribution rights, by targeting those using VPNs and other methods to bypass georestrictions. VPN services are big business, and companies surely will find a workaround.

As for Rogers and Bell working with other media companies to outbid Netflix? That appears to be the only way to compete (other than on price), given the vast Netflix library and user experience, which still is ahead of shomi and CraveTV.