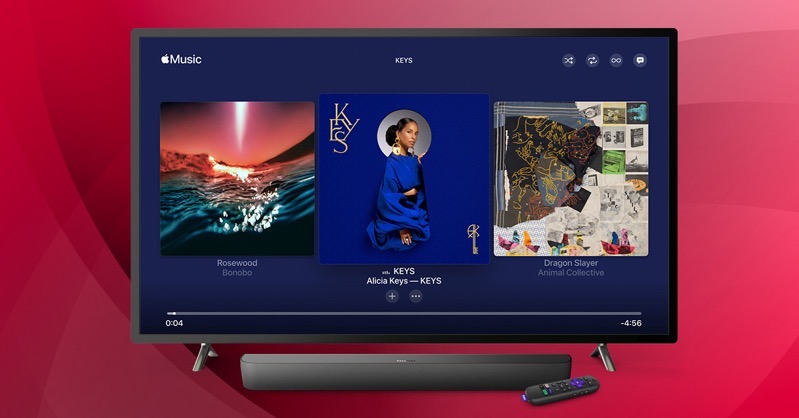 Roku announced on Monday morning it has launched support for Apple Music across all its streaming devices, globally.

Later today, the Apple Music app will be available for download on any Roku device, including its streaming players, Roku TV models, and Roku premium audio products such as its Roku Streambar Pro.

Roku customers will be able to stream songs from the Apple Music library, including curated playlists. Apple Music Radio will also be available to go with music videos in 4K and also time-synced lyrics.

Existing Apple Music subscribers can just log in with their credentials, while new subscribers can sign up for the streaming music service through the Roku channel store, including a free 1-month trial.