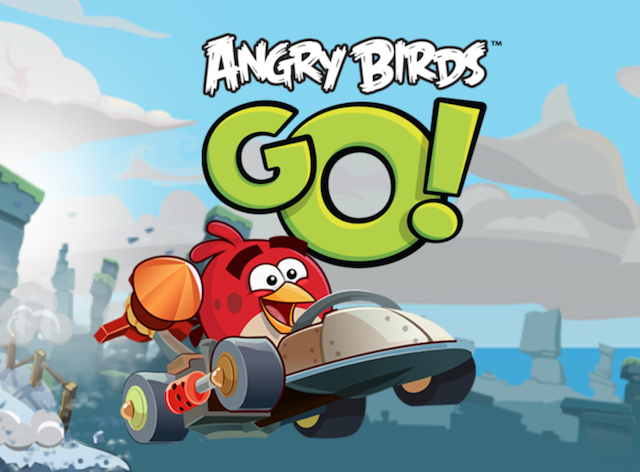 In celebration of Angry Birds’ fourth birthday, Rovio has released Angry Birds GO! racing game for iOS as a free download in the App Store. As users continue to play the free game, they earn in-game cash that can be used to upgrade existing vehicles or buy new ones. The game also offers instant upgrades via in-app purchases that cost anywhere from $2.99 to $49.99.

“Welcome to downhill racing on Piggy Island! Feel the rush as you fling those freewheeling birds and piggies down the track at breakneck speed – with plenty of twists and turns in a thrilling race to the finish line! But beware! Look out for hazardous roads, mischievous opponents riding your tail and special powers to put the race leader behind the pack. Plus, go from soapbox car to supercar by upgrading your ride! Ready…Set…Angry Birds Go!”

The gameplay resembles that of Mario Kart. Users start with one racer, the red bird, and one car. In addition to standard sprints to the finish line, there are also time trials. The controls are very simple i.e you can turn left and right using either touch or tilt controls, and you accelerate automatically.

Similar to many Facebook games, users are given five units of energy per character, which deplete with each race and slowly regenerate over time. It takes more than 10 minutes for a unit to recharge, and once they run out, you can’t play unless you wait or make an in-app purchase. 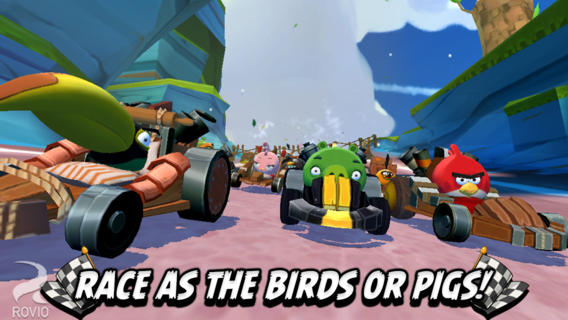 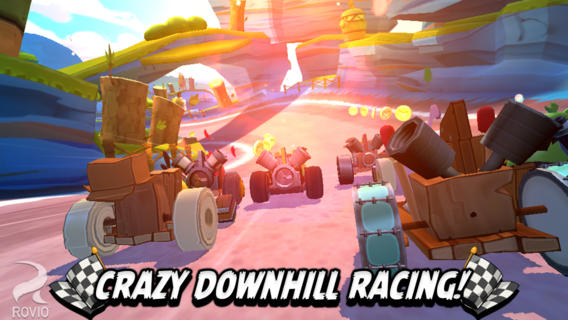 You can grab the universal iOS game for free at the following App Store link: