Despite a loud teaser campaign on December 30th, Samsung did not announce its new Exynos SoC as planned. 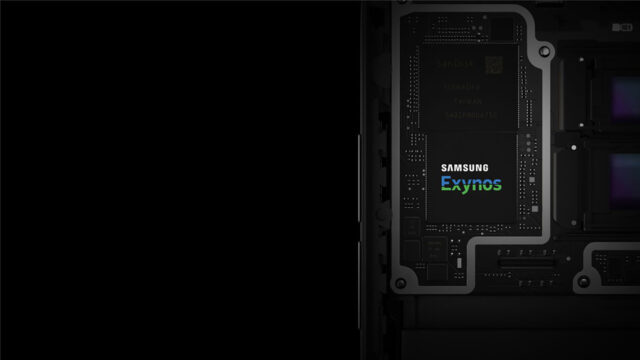 Samsung was supposed to announce the brand new Exynos 2200 yesterday. The new chipset was supposed to feature AMD’s RDNA 2 architecture, along with an improved CPU, reads a new report from Ars Technica.

The only problem? Samsung skipped the launch altogether.

Last month, Samsung confirmed that it will be launching a new Exynos SoC on January 11. In a now deleted tweet, Samsung said that it is “preparing another small gift for fans who love gaming. Early next year, fans can look forward to unwrapping another small but powerful gift from Exynos.”

The next generation of Exynos chipsets may look promising, but it appears that all may not be well in Samsung’s camp. The original date announcement tweet from Samsung is now deleted. No new date announcement has been made yet, and no explanation has been offered either on why the previous tweet was deleted. And the Exynos 2200 obviously did not launch yesterday.

With no official word on what is going on, we can only turn to the rumor mill for answers. You should take this next bit with a grain of salt, but on January 10 — before it was clear there would be no Exynos event — plugged-in Samsung leaker Ice Universe tweeted that “Samsung postponed the release of Exynos2200.”

Samsung postponed the release of Exynos2200. Since last year, the release of Samsung exynos has not been smooth. In fact, the Exynos 1200 was originally planned in November, but it was cancelled halfway. It seems that many things happen inside Samsung LSI, but not a good thing.

Another leaker, Dohyun Kim, claims Exynos 2200 will be removed from the Galaxy S22 lineup entirely. Rather than the usual split of Exynos for some regions and a Qualcomm Snapdragon chip for other regions, every Galaxy S22 would use a Snapdragon chip. How Samsung could ever do this a month before launch is unclear, but we’ll have to see what the actual S22 ship date is.

However, Samsung has reached out to Korean media, denying these rumour, basically. Samsung did confirm that the Exynos 2200 is delayed, but said that it will arrive in time for the Galaxy S22 launch. It did not mention the Galaxy S22 by name, but implied it, while adding that there are no problems with the AP’s production or performance.

WhatsApp has announced a new feature that allows users to create and send a call or chat link to anyone on WhatsApp, even if they’re not in your contacts. The company shared the news in a tweet posted earlier today, suggesting that you can simply add the link to an invite or send in a...
Usman Qureshi
1 min ago

As noted by the folks over at MacRumors, the latest iOS 16.1 update brings live sports scores and other real-time activities to iPhone 14 Pro’s Dynamic Island. For those who haven’t upgraded to iOS 16.1 yet, it introduces a new Live Activities feature that allows iPhone users to keep tabs on are happening in real-time,...
Usman Qureshi
13 mins ago

India is pushing smartphone manufacturers to support its proprietary navigation system, Navigation with Indian Constellation (NavIC), on all new smartphones sold in the region by January 2023. However, Apple and other smartphone makers are concerned about the added cost and components of making the change — reports Reuters. NavIC is India's own alternative to the widely...
Nehal Malik
14 mins ago